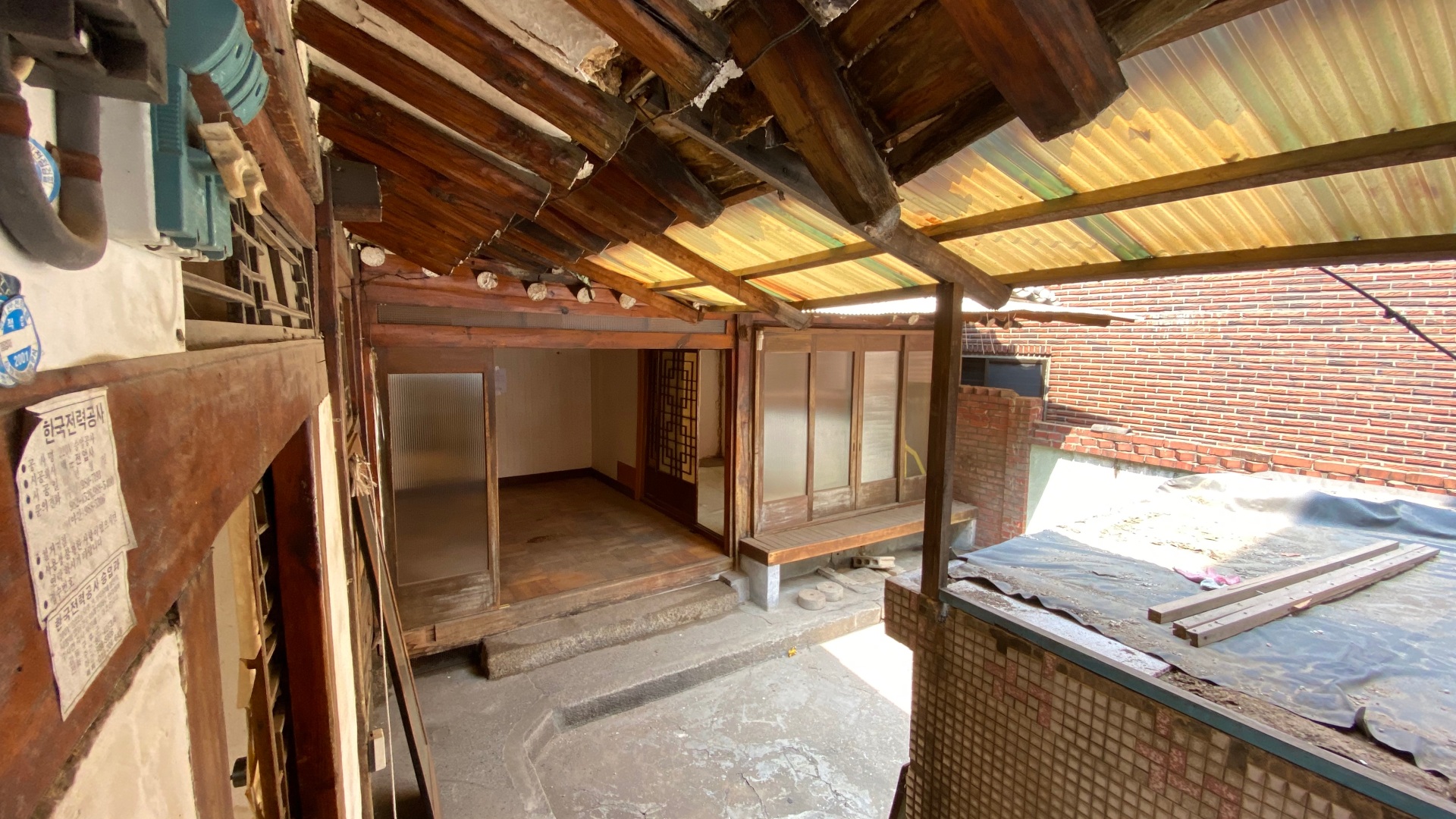 Another week, another pair of old hanoks to document and share with you, dear reader. These were found in a neighborhood I am keeping tabs on, as it still has many residents living and working in the area. Despite this, there are pockets of empty buildings, including quite a few old looking hanoks. There are at least five or six other hanoks that I hope to get into as time goes on. Without further ado, let me take you on a tour of these beautiful dwellings. 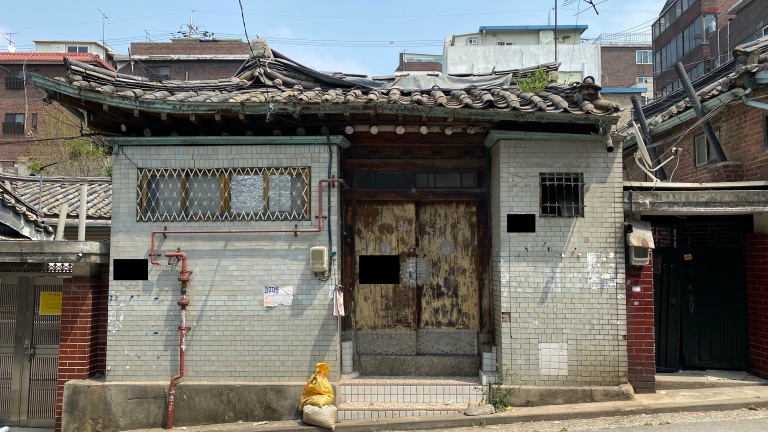 Hanok #1 is located in a semi-active neighborhood filled with mom-and-pop shops and three-story brick apartments. This place lies only a few hundred meters away from an active university campus. Students living on campus still pass this place on the way to their dorms or classes. I discovered the weather-beaten door of this place from an Instagram post and made it a priority to locate it. I have never seen a hanok door that worn and battered before. The Instagram post provided enough clues to its whereabouts. 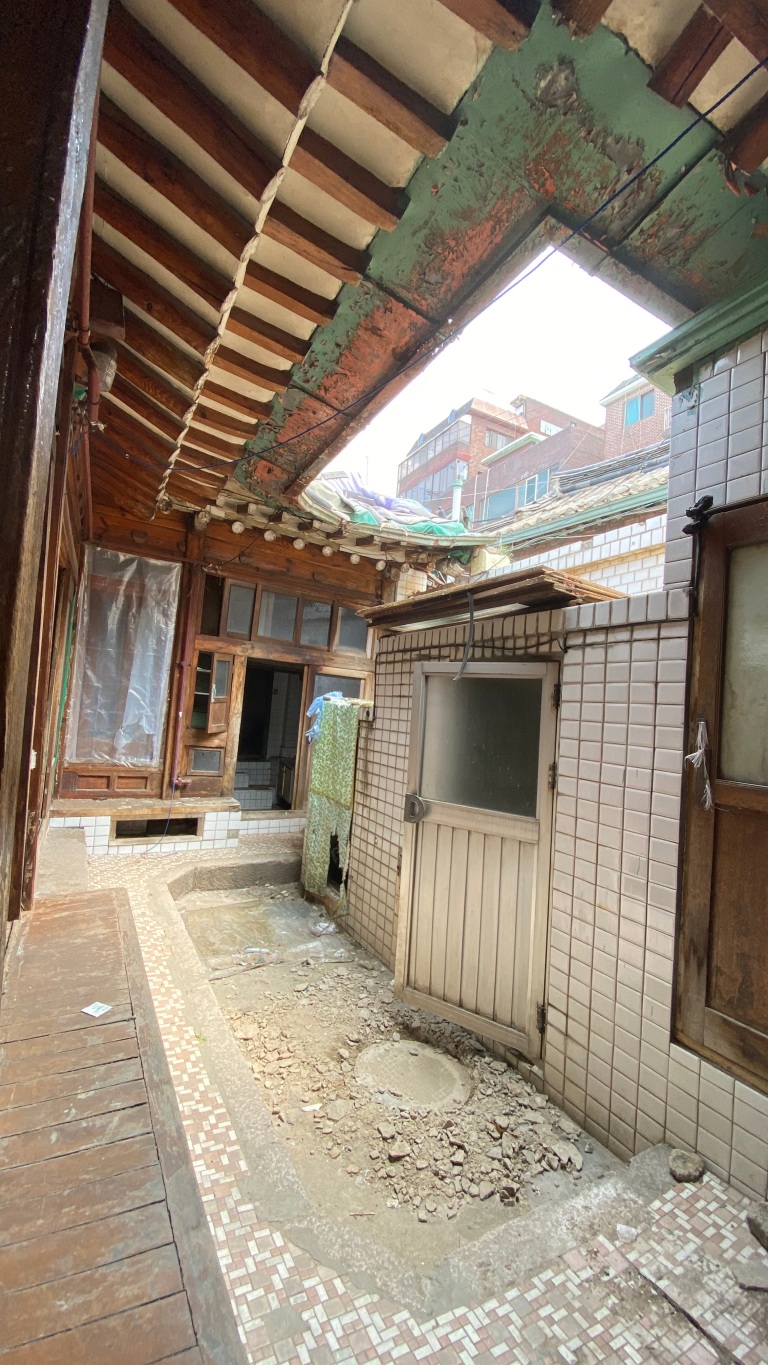 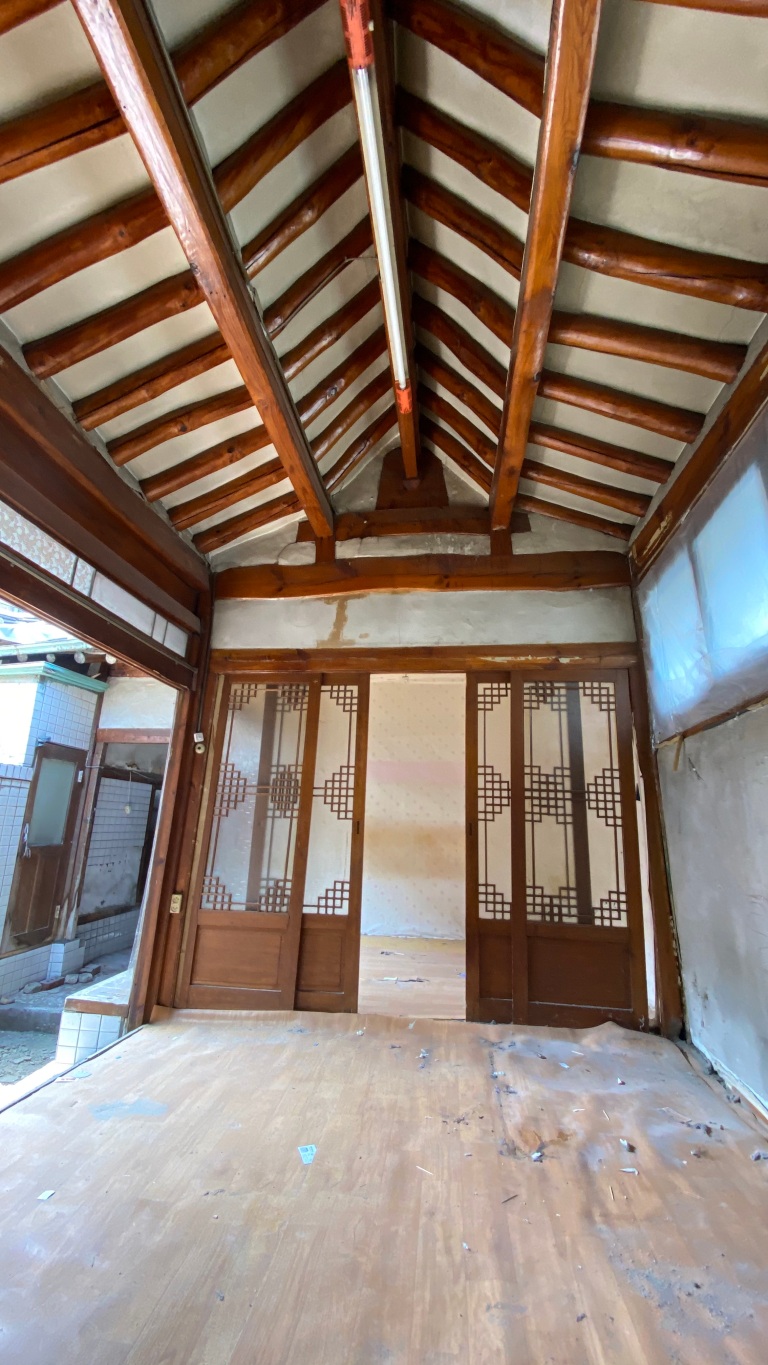 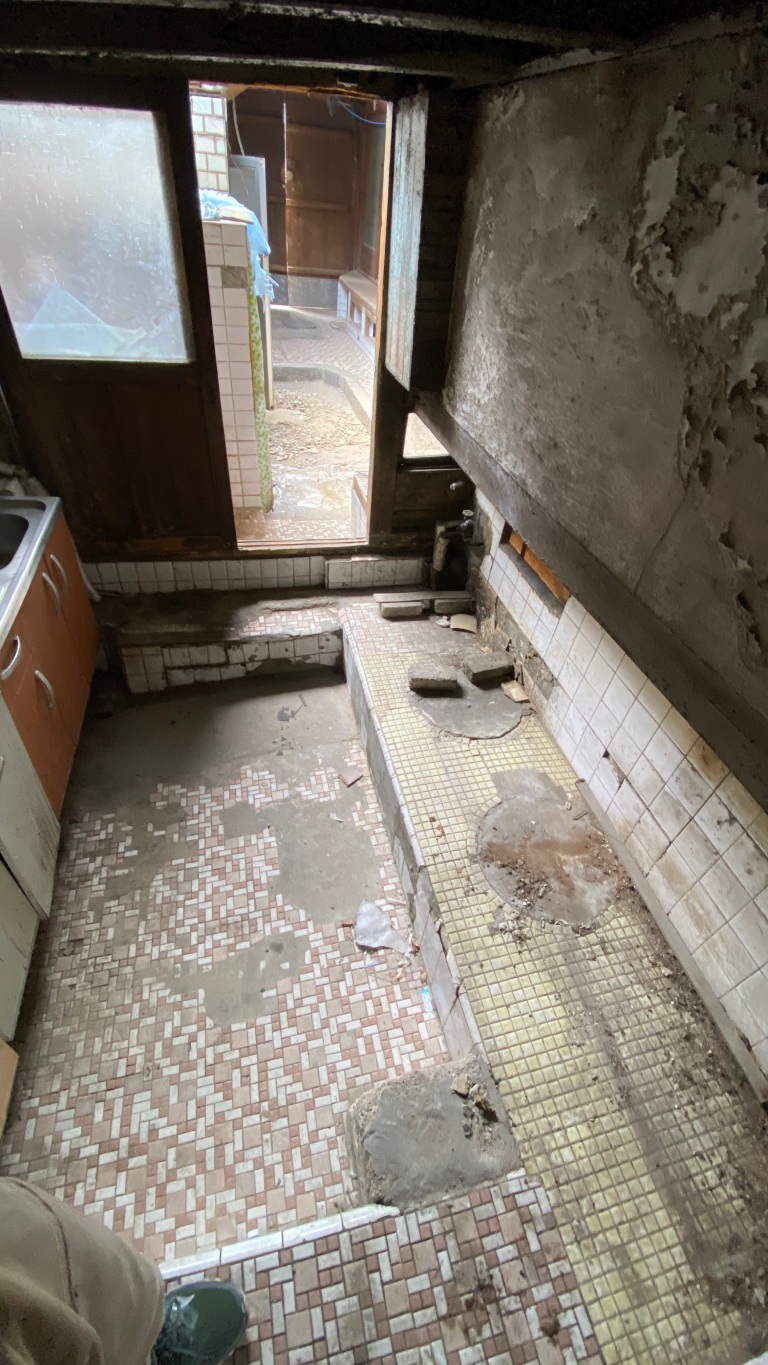 It’s a tiny space, but the people who had lived here had taken care of it, modernizing it with a western-style toilet, new interior doors, modern kitchen sink, and a tiled facelift of the front. Despite the efforts to update, the storage room above the kitchen offers clues of its colonial origins with its tatami mats and faded floral wallpaper. 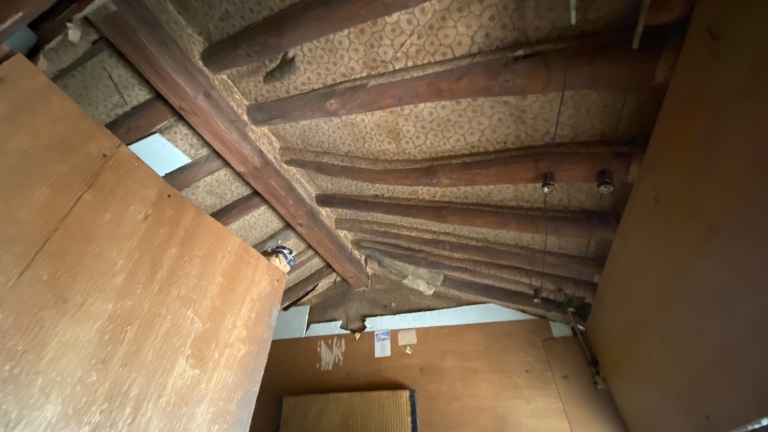 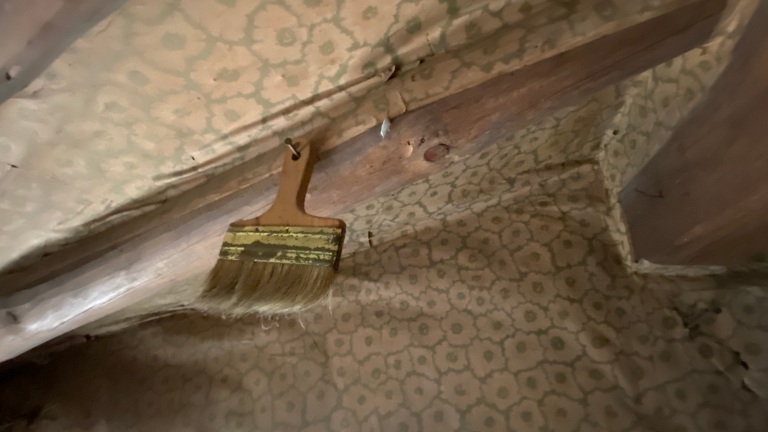 A knowledgeable source informed me that this residence was registered by the government on June 30th, 1938.  That means it survived the last five years of Japanese colonialism, the Korean War, and a series of military dictators to meet its demise for some freakin’ high rise apartments. There are a few more old hanoks in this neighborhood that need to be explored and documented, I image these residences were built around the same time. I will keep you up to date when I can access these places. Here is some video I shot of the Hanok #1. Tatami mat fans, you’re really going to enjoy video #2.

The day began initially been a scouting mission as I had wanted to see how the eviction/moving our process was going. Then I found Hanok #1, and that seemed to be a sign to call it a day. As I was heading back to pick up public transportation, I saw this double-gated entrance out of the corner of my eye. 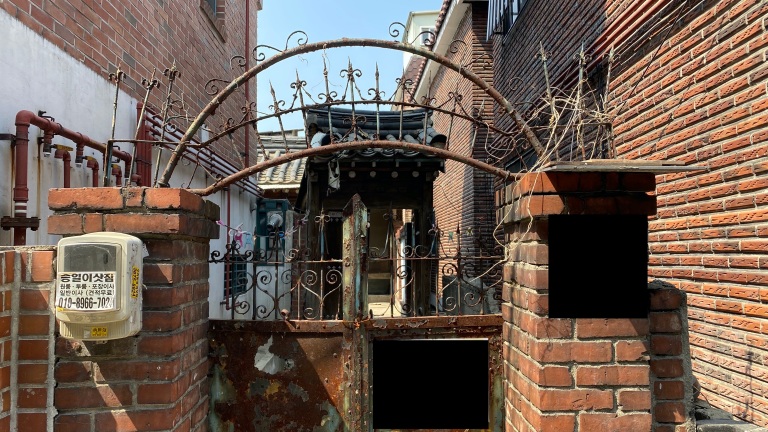 What a spooky-looking first gate. It vaguely reminds me of a scene from an Edward Gorey book. Tucked behind these brick apartments lies another old hanok. According to my source, this house was registered by the government on August 22nd, 1936. I was fascinated by the second door. I had seen this particular design at a couple other houses in this specific neighborhood that I had not seen anywhere else. 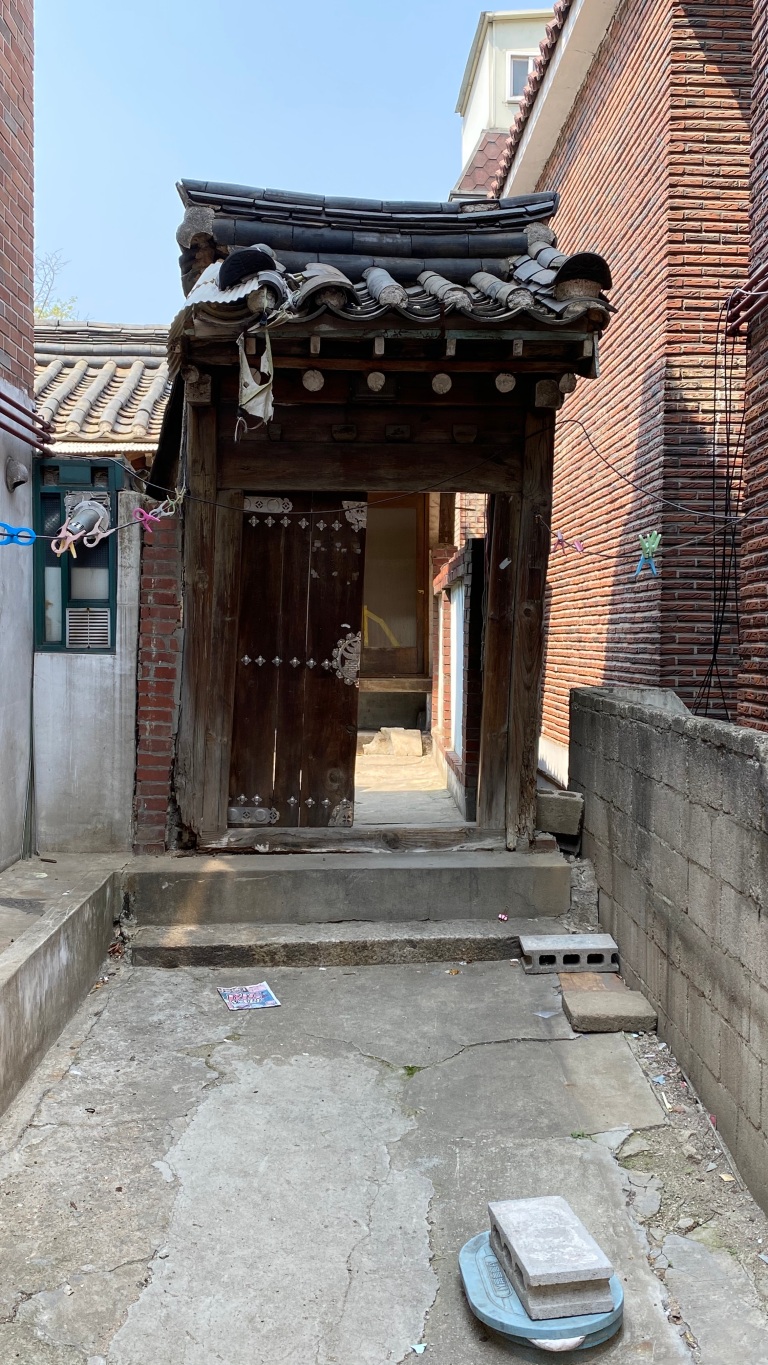 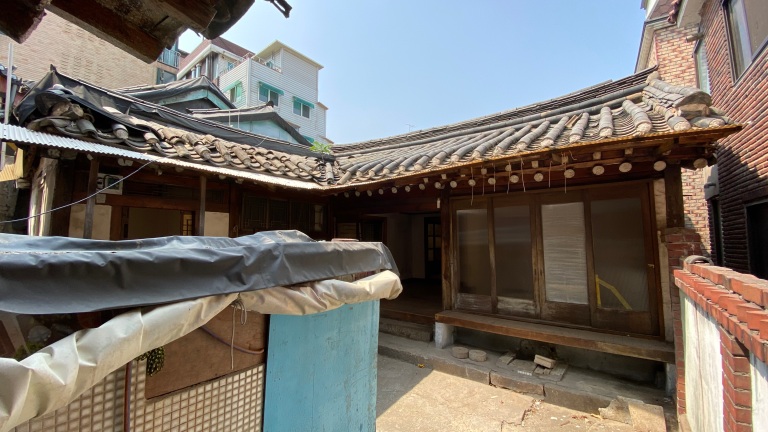 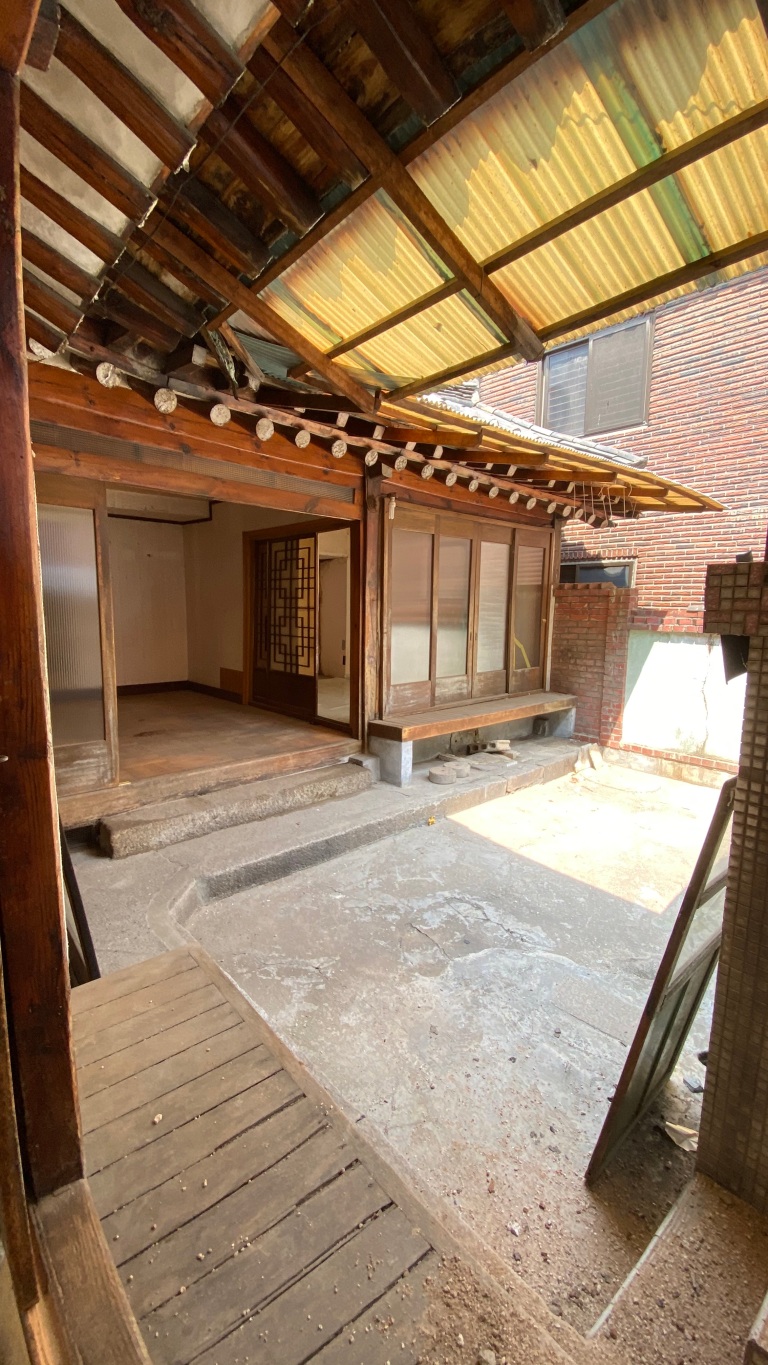 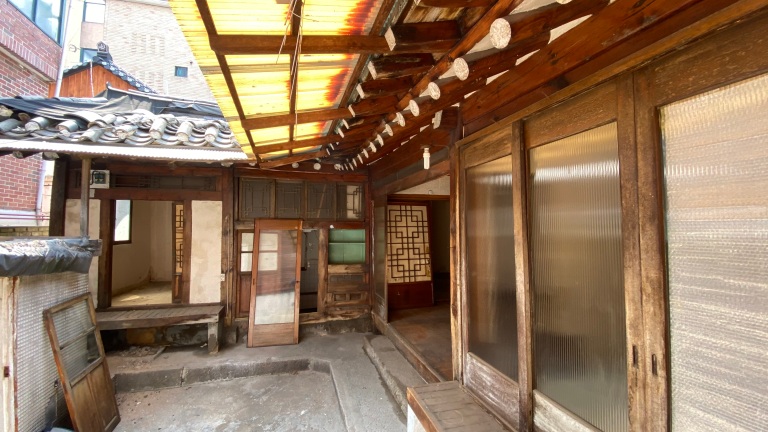 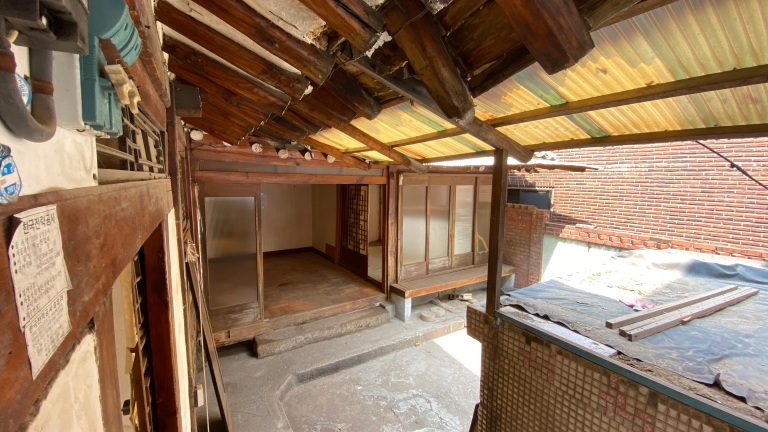 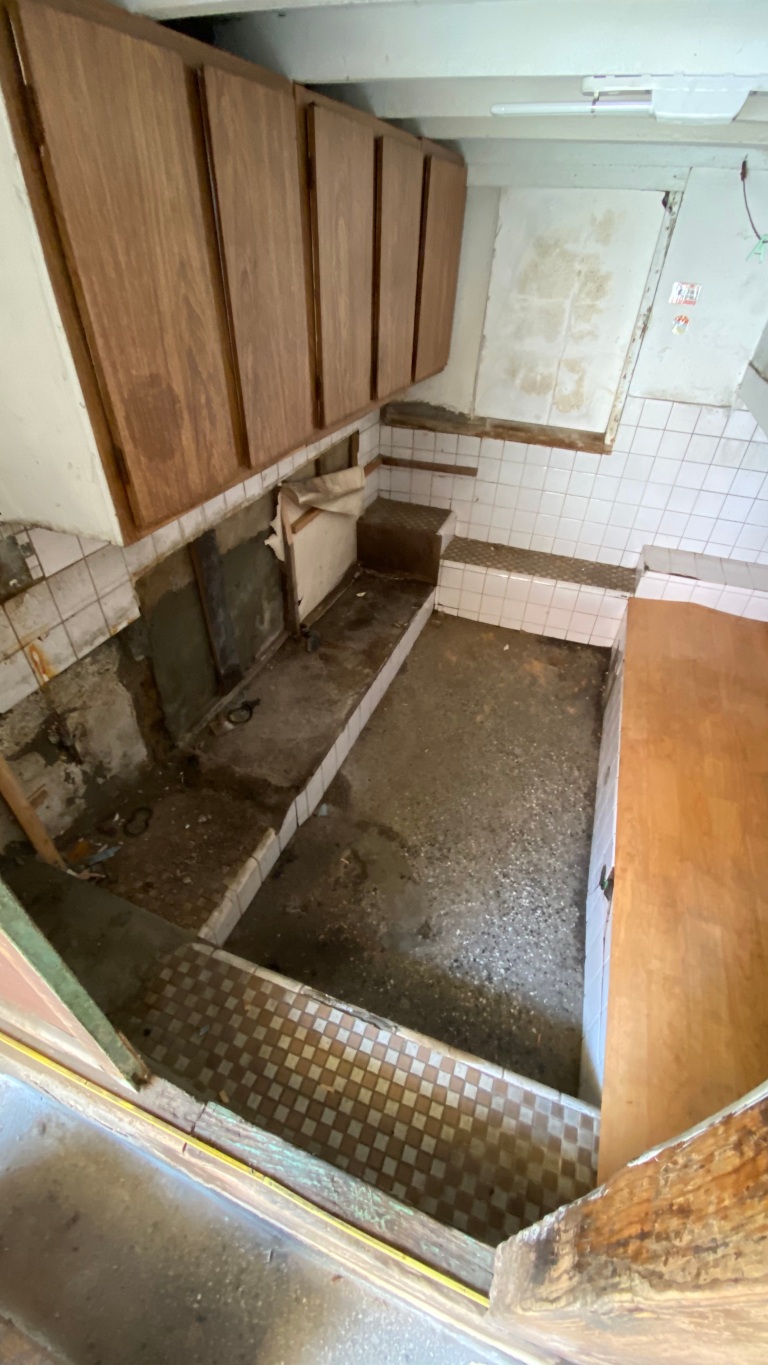 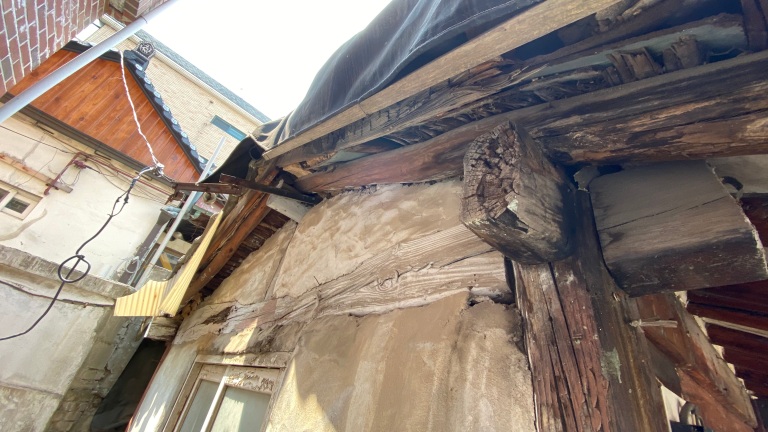 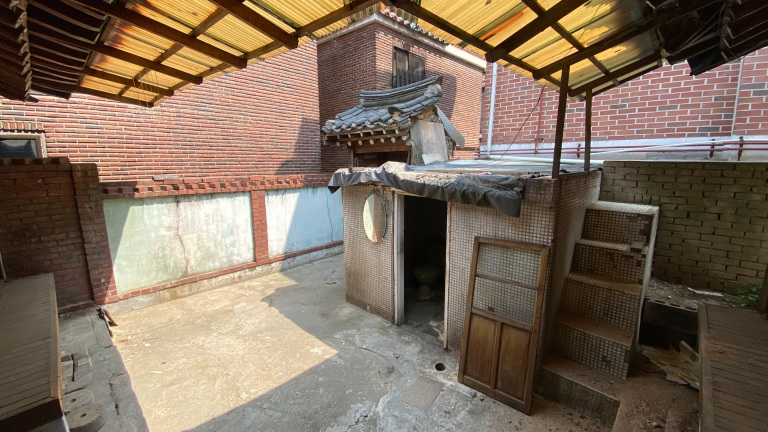 Much like the first hanok, Hanok #2 had been updated with modern conveniences. I didn’t come across any tatami mats, bujeok, or artifacts of previous residents. It was empty, yet I enjoyed the space for what it was. I hope I can document the remaining hanoks in this area.