My friend recently wrote about his 15th anniversary of urban exploration in Korea. 15 years! I hope the coronavirus spares me that I can make it that long. I thought it would be fun to look back and officialize my entry into this hobby to the best of my ability. All the buildings and development zones begin to blur together after a while. Fortunately, I have my old, less than stellar iPhone4 photos archived on Dropbox. I can pinpoint the exact date, time, and location of where I became an urbex enthusiast: December 21st, 2014, in Gwangju.

Boy, what a spectacular itinerary my friends had planned that day. I don’t remember the exact order of places visited, but I saw Korea in a whole new way after that. Most of my leisure time had been spent going to punk shows in Hongdae, Seoul. I had known Jon Dunbar from the punk scene and was aware of his hobby from his website, yet it never evoked interest until Lex and Isaiah took me to the Shaman Hoarder’s House, an abandoned Police Station, and the Artist’s House.

Here are my first impressions of the exterior of the Shaman Hoarder’s House. Even the yard had served for a garbage bin. 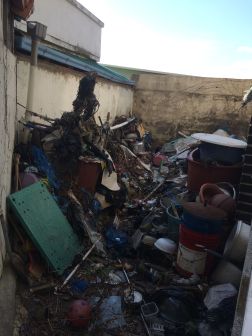 And then crossing the threshold, I was baptized in dust and filth. Everything remaining in the same place, I would see them four years later. 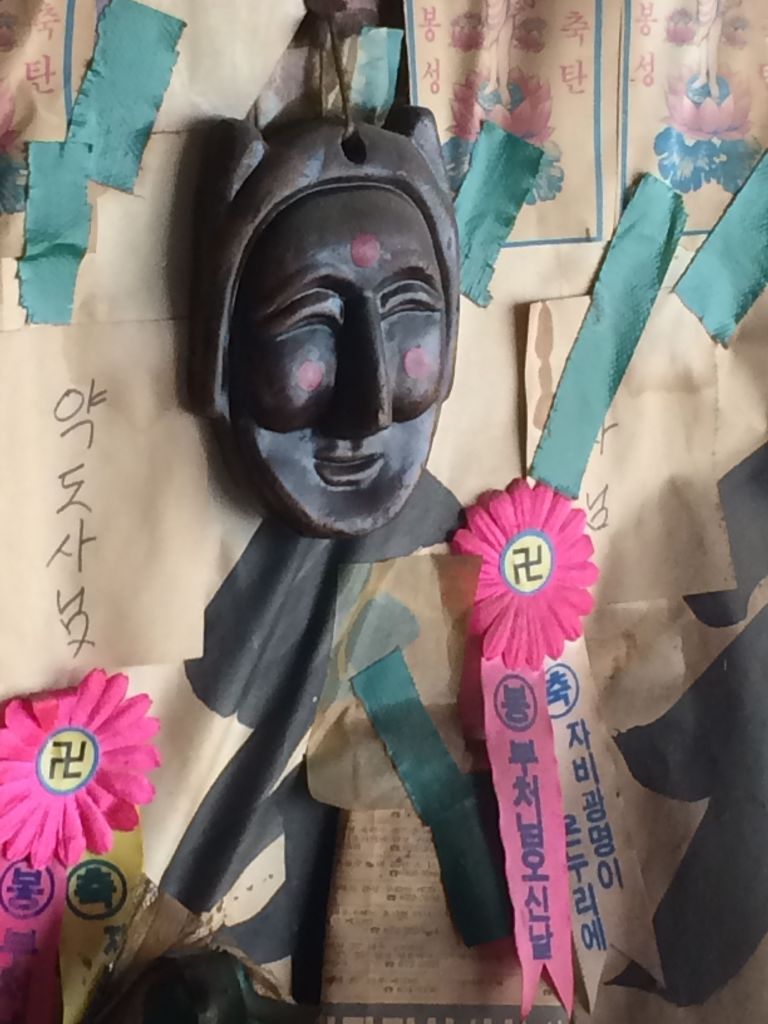 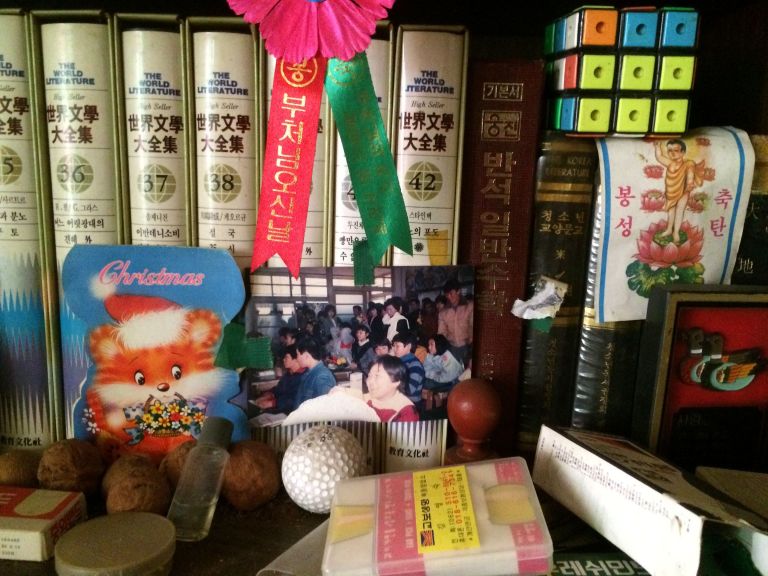 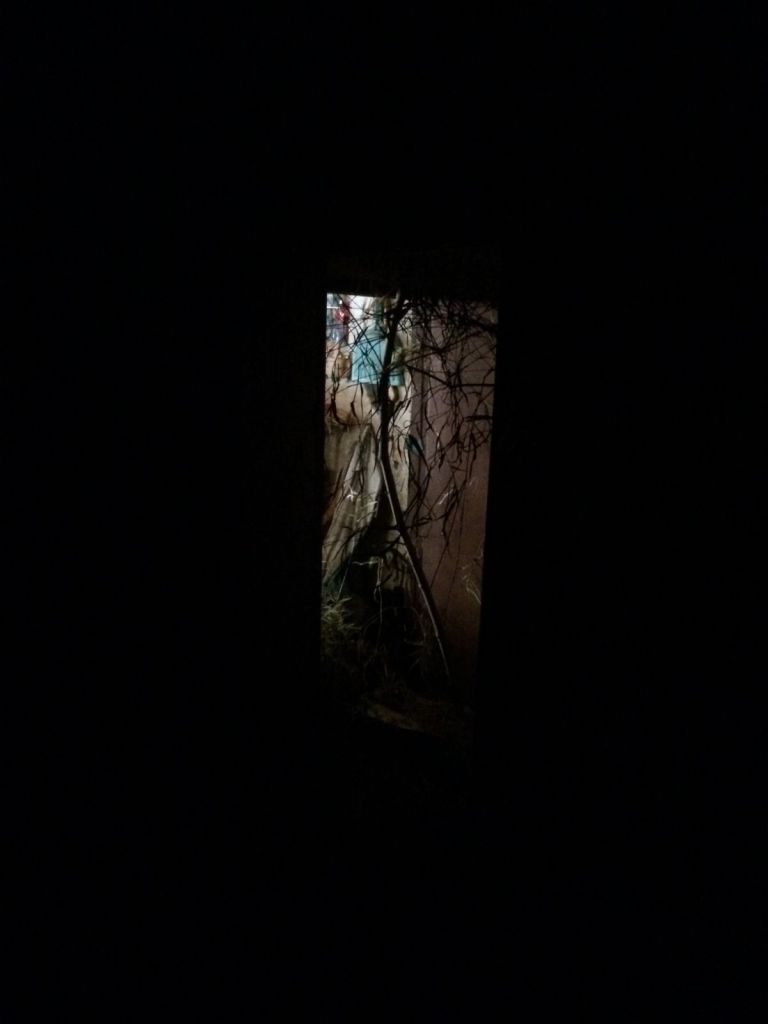 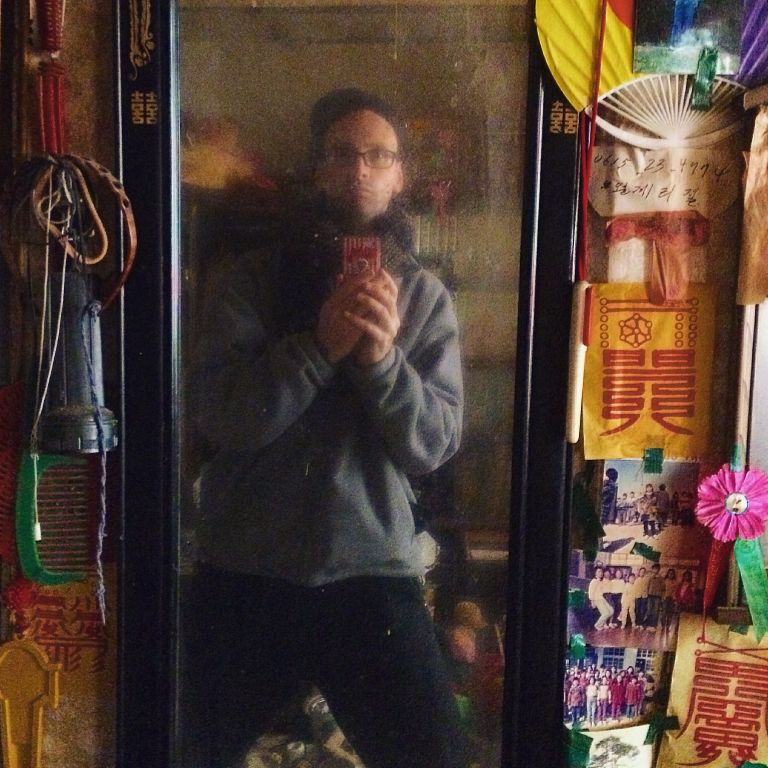 We also explored an abandoned police station, a short walk from the Shaman Hoarder’s House. Unfortunately, I didn’t get a picture of the panopticon jail cells, the only picture that I have is of the Police officers’ Buddhist shrine.

The three of us rolled hard that day. I was also introduced to the artist’s house. I remember Lex talking about trying to locate the owner of the paintings and his supplies, but it didn’t end up going anywhere. In 2018, someone came and took them, and in 2020 the house was finally razed. Here are a few photos from that first visit. 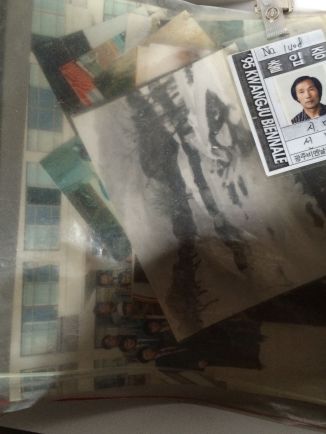 I was introduced to a Gwangju that isn’t written about by the local tourist organization, nor about the glossy lifestyle magazines. I was frankly shocked and in awe of the amount of urban decay in the city.  From that first exploration, no matter where I lived in Korea, I would keep my eyes open for a new adventure. Here’s to many more investigations!