I had gone past the neighborhood thousands of times when I took the 151 bus. I wasn’t planning to visit this place, but once I saw the brown tarp, I ran out of the bus in a hurry without tapping out. This was a bit of a surprise. Just up the road, a few hundred meters is a long-neglected, semi-abandoned neighborhood. I would have thought that would be the first in this area to be razed.

The triangular-shaped block is relatively small compared to other neighborhoods being razed. Behind it are newer apartments, a school, and an active market. A few businesses are holding out until the last possible moment. Behind the brown tarp, I discovered the demolition has begun.

I came underprepared on my first visit. Armed only with two disposable film cameras, I found some discoveries that warranted another visit the next week. The initial demolition knocked down some hanok (traditional Korean house), I did find a couple still in decent condition. They were cleaned out as if they had been lived in until the very last moment. The previous occupants didn’t leave much behind. The highlights of these houses were the tilework and the front doors. 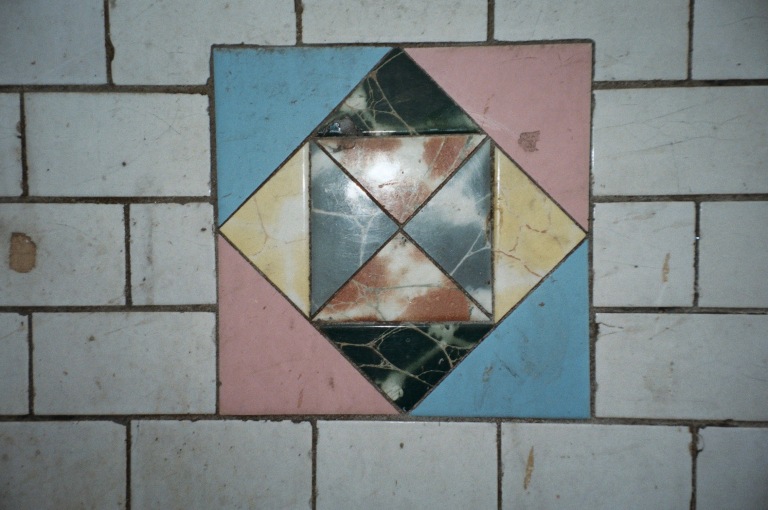 Wandering through the narrow alleyways, I came across not one, but three shaman’s houses. From my experience, there is always something interesting to discover at a shaman’s house. I have encountered a lot of left-behind spiritual artifacts.  On my first visit, I found this.

It was pretty much empty except for this scene. On the second trip back, I found two more, right across the narrow path from each other.

I entered the one on the left first, Yeong Bong Am. Below the name of the temple, it says Choi Bosal, which I am guessing is the shaman who used to live there. She left a lot behind. As I was tip-toeing across broken class, a cat shot out of one of the altar cabinets.

The shaman’s place to the right, White Tiger Mountain Spirit, was not as cluttered but offered a few clues into the previous owner.  Exhibit 1 is a framed photo of a monk. It was hanging in the house. I took it down to get a better shot of it.  Who is this monk? Was he the former teacher of the resident? Exhibit 2 is a donation box with the Chinese character for Buddha. Now, shamanism and Buddhism have some shared deities and have been intertwined for centuries. At one time, both religions were equally looked up with disdain by the ruling Confucian scholars. One religious faith has recovered reasonably well (Buddhism), while Shamanism continues to be looked down upon by the general public.

The neighborhood is composed of long slender alleyways. Workers started piling belongings out, making narrow walkways even narrower to traverse. Lots of cats still make their home here. Unfortunately, you see a lot of strays, both living and dead as an urban explorer. 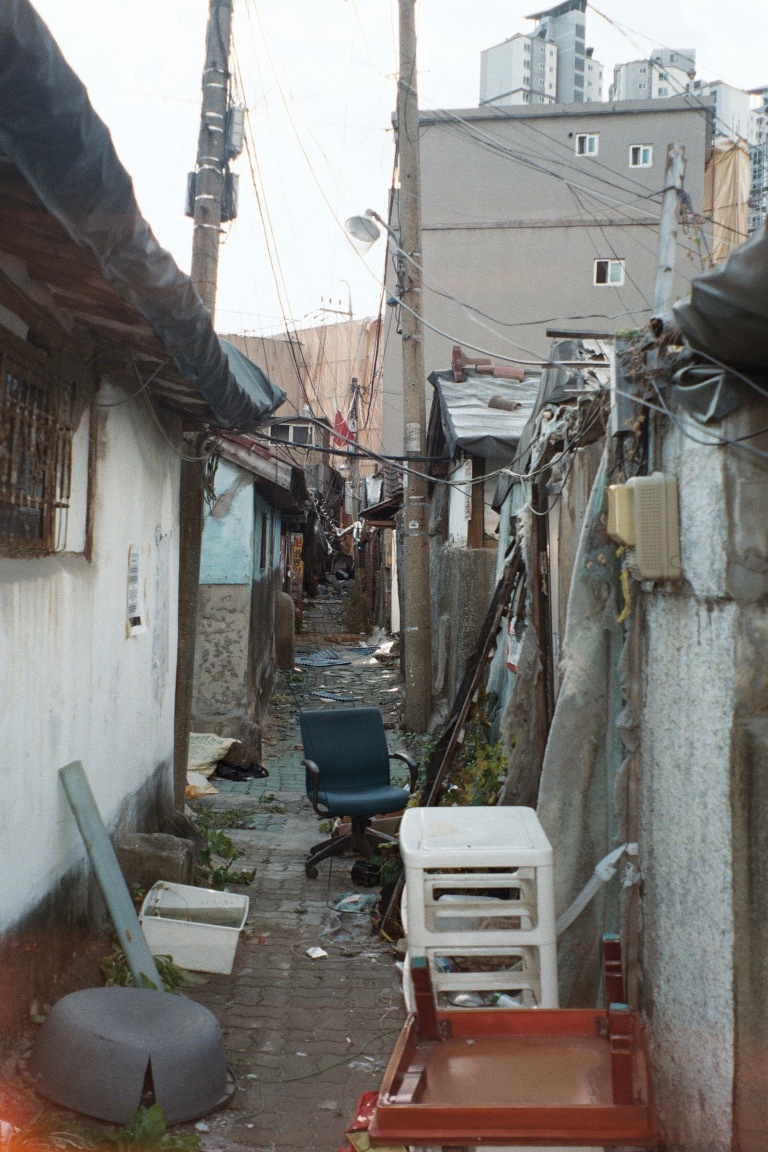 The last place that really caught my eye was this restaurant. 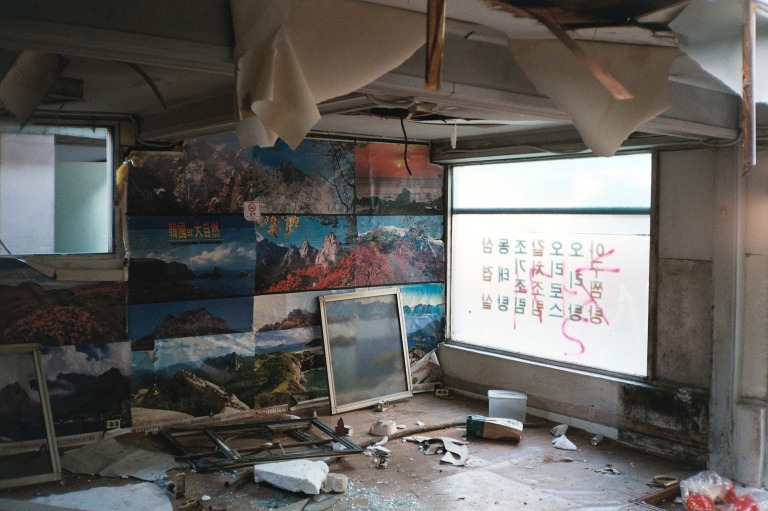 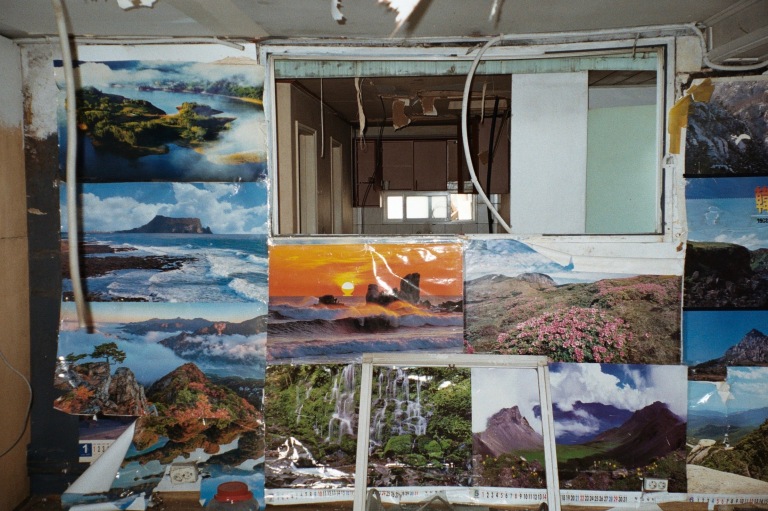 Despite it being a smaller abandonment, it really had something to offer me. I will try to go back again before even more is demolished. If I find anything else intriguing, I will share it with you, dear reader.