These pictures date back to April 2017. This was a few months before I got into film photography. Before I started to shoot film, I shot on a Canon 7d and iPhone. This redevelopment area had some fantastic discoveries. One place that I should post later is of the abandoned church with the priest’s garments still hanging in the closet.  Here is a photo of the area from the zone. On the left, you will see then the pointy needle of the former church.

What I want to share now is the abandoned Buddhist temple. Lots of magnificent artwork and calligraphy left behind! There is not much else to say, I don’t know what the name of the temple was, nor what the denomination of the sangha, but it’s reasonably safe to assume it was the Jogye Order, which is the most significant Buddhist order in Korea. The temple was on the top floor of a modern building. On the lower levels were a Taekwondo studio and an English academy. This place was the most exciting place of the building, quite possibly of the entire former Eungam-dong neighborhood. 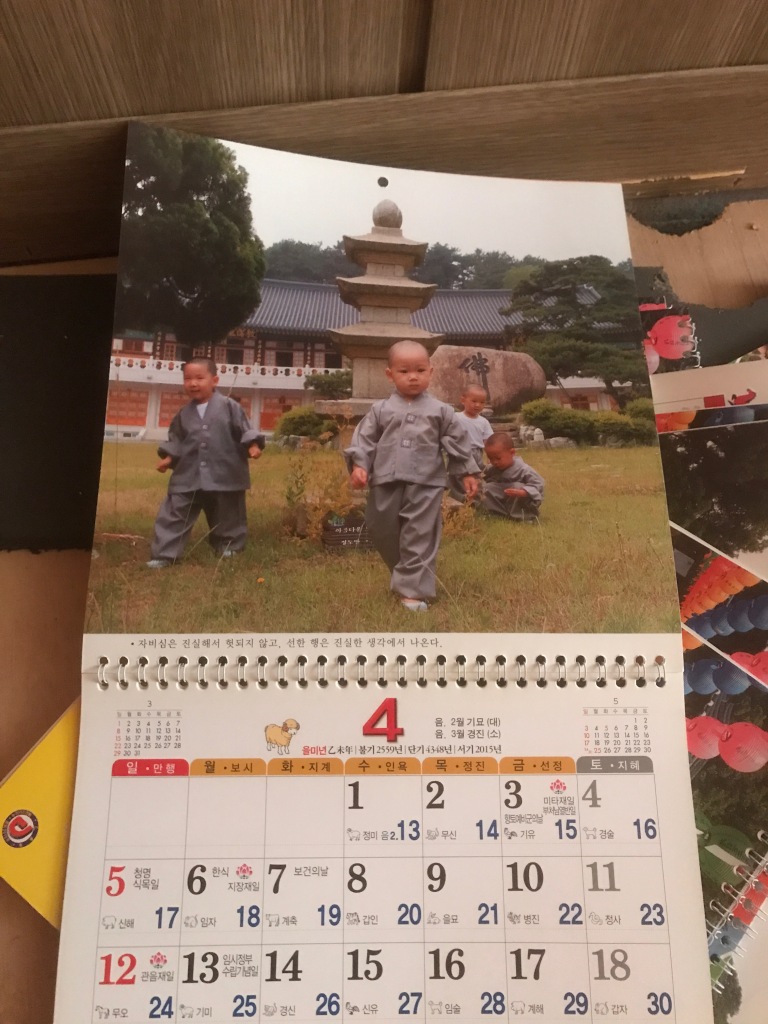