Missionary John Hill came to Korea in the 1950s to spread the Good Word. First, Hill established a seminary in Seoul and then expanded his teaching further south. In 1959, Hill founded the Daejeon Theological Seminary, which later became the Korea Biblical Seminary in 1962. Exploring this abandoned school, you see his face everywhere. One building, which housed the auditorium, the library, and taekwondo studio, bares his name. Outside the main administrative building lies a plaque in honor of his service to the community. 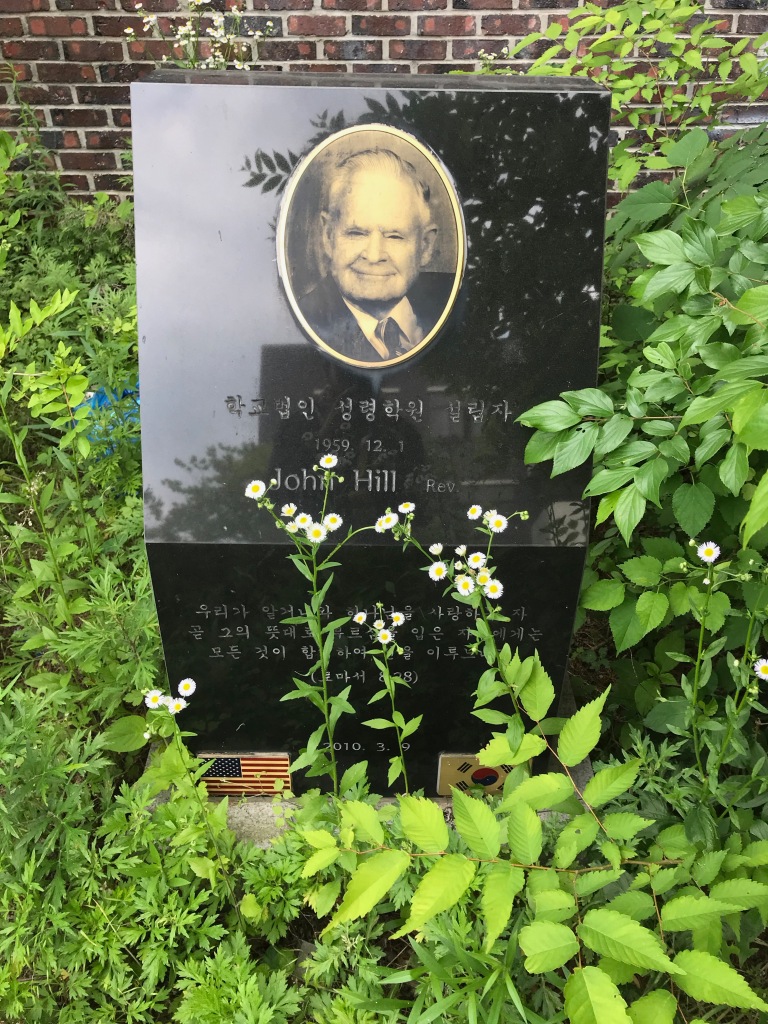 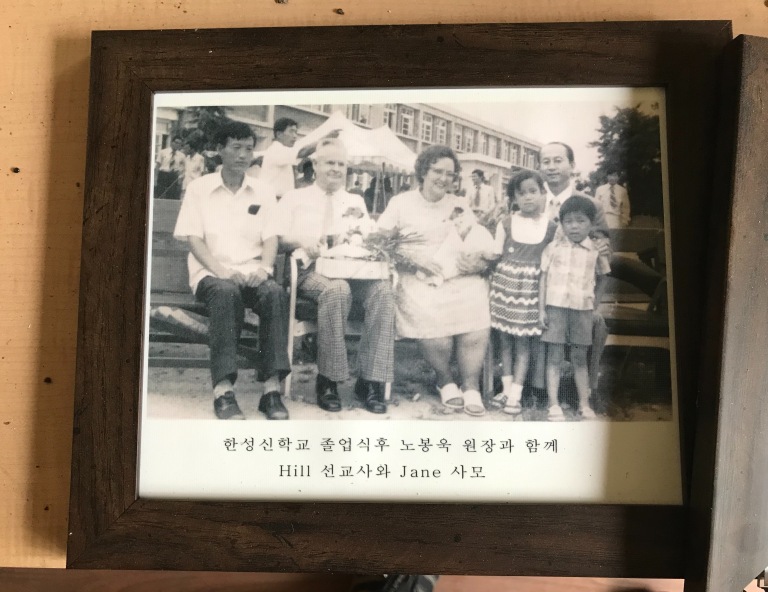 John Hill’s multi-decade effort to create and support a Protestant congregation paid off as they started a school intended to be a place for undergraduate studies, as well as, to train future pastors. The school was recognized as a higher education institute but was never given full accreditation as a four-year university.  Up to 2008, the school promoted itself as a university (대학교), drawing in international students from all over Asia. There is plenty of left behind identify the school as a “대학교” and others calling the school just a “학교.”

From 2009, it seems the school tried to carry on despite being ordered from the government to stop advertising as a fully accredited university. The school limped on for four more years before it shut down in 2013. 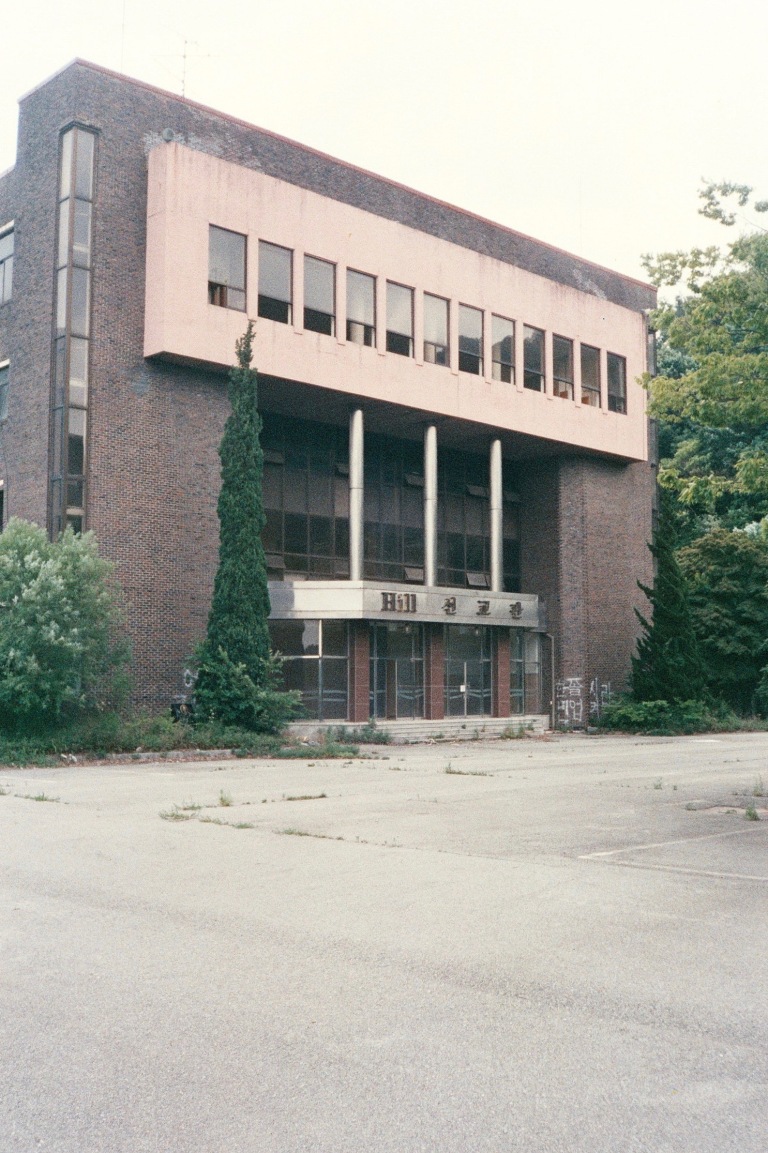 The entrance was quite easy. Only a dinky sign and some stacked branches stood between us and the campus. Local residents moved the tree branches to proceed to tend the beehive boxes that have taken over a portion of the parking lot. They did not care that two foreigners with cameras were here. I imagine they are used to visitors, mostly bored teenage boys.

As you can see above, there are a lot of broken windows and graffiti. The most graphic vandalism is yet to come.  Before we are greeted with that vulgarity, let’s wander the admissions office. 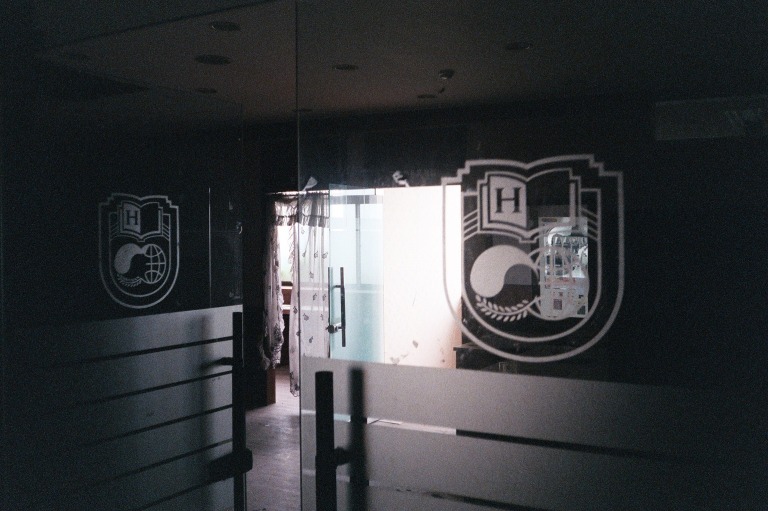 Low enrollment shut this school down. Was the low enrollment due to the inaccessibility of the school? This school is situated way the fuck out in rural Korea. While there was a bus stop, I imagine the buses were not too frequent. Combine that with the difficulty of getting to Daejeon (the nearest big city) theoretically turned off many potential students from the place. The school sits on a small slope and offers a nice view of rolling green hills and the nearby village. However, I don’t think that would be enough to enroll here. 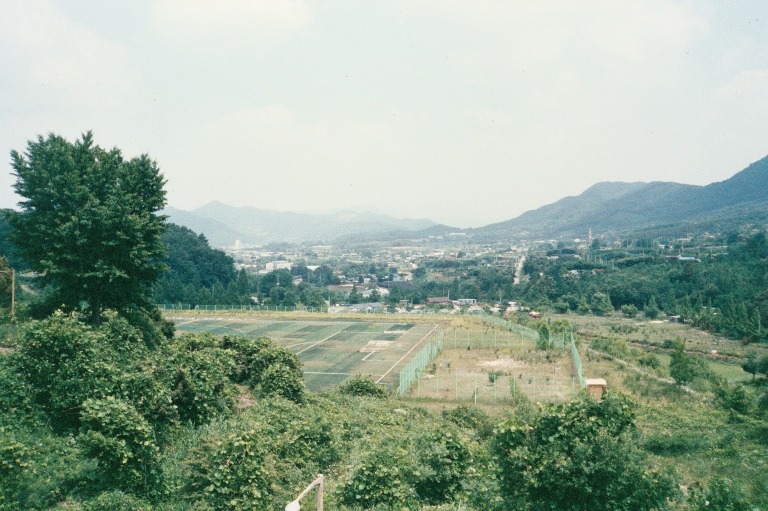 Now for some personal highlights from the main building. In the final days, there was a half-hearted attempt to consolidate furniture into piles. In larger rooms, stacks of desks, chairs, and cabinets were pushed together. Other rooms, such as faculty offices tended to be left in the same arrangement with six years of accumulated dust and vandalism. Lots of human genitalia were drawn on the wall. I am not a fan of vandalism or graffiti much, but I was amused when someone wrote: “양키” (Yankee) and “양키 2”  under the pictures of the two foreign faculty members. 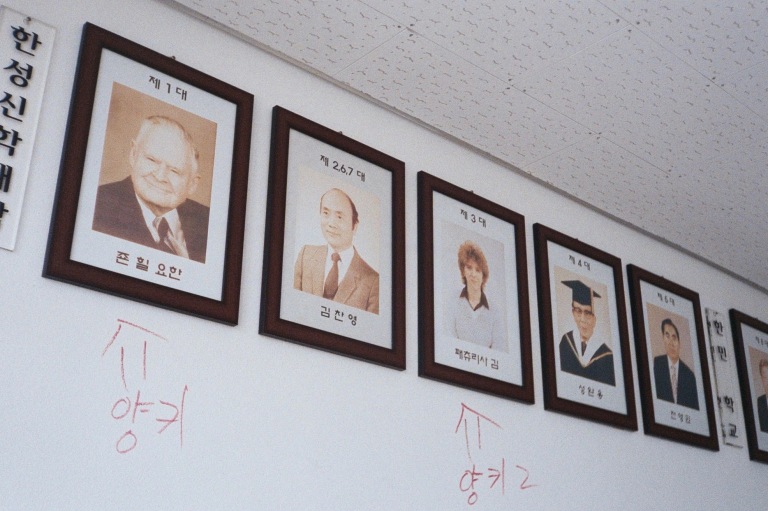 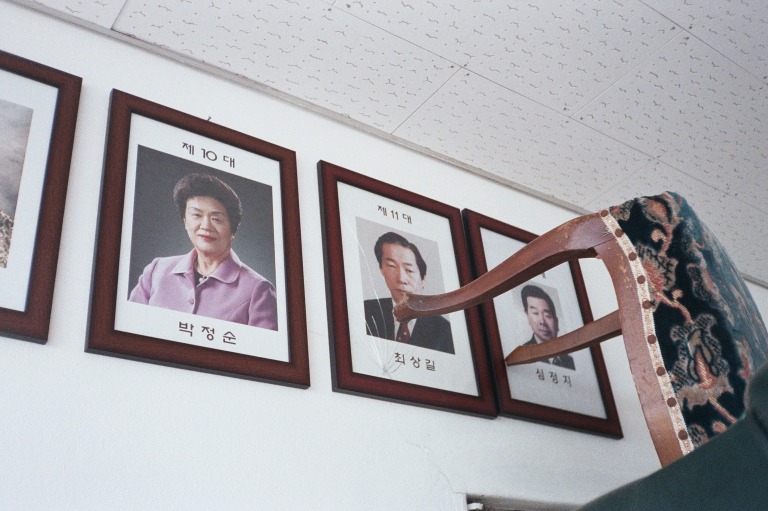 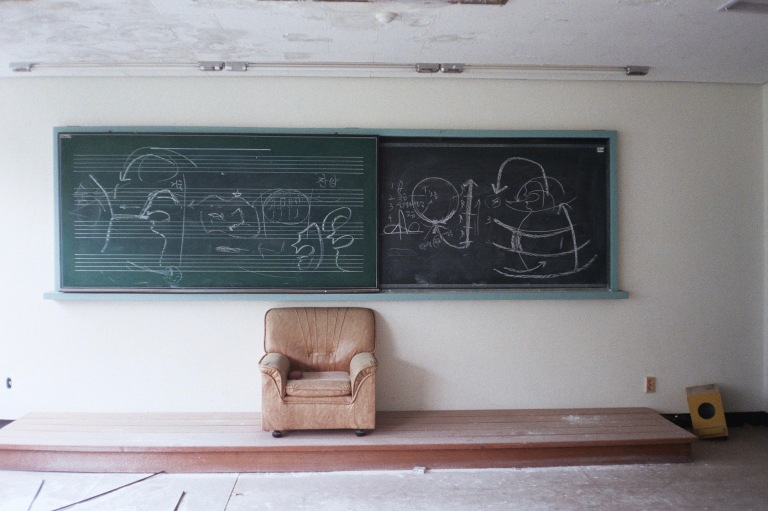 Heading over to the building named after Missionary Hill, we discover an auditorium with seating for at least two hundred. Here is where I found all the old pictures of the man and his congregation. Upon the second floor was the library, but both doors were sealed tight. It might be worth coming back in the future to see if someone pulled off a miracle and parted the doors like Moses parted the sea. On the third floor, we found a couple of multipurpose rooms and another school flag in the foyer. 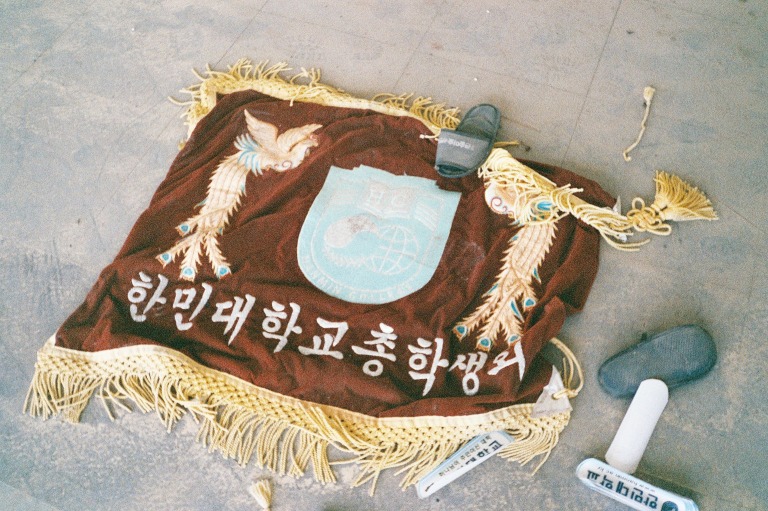 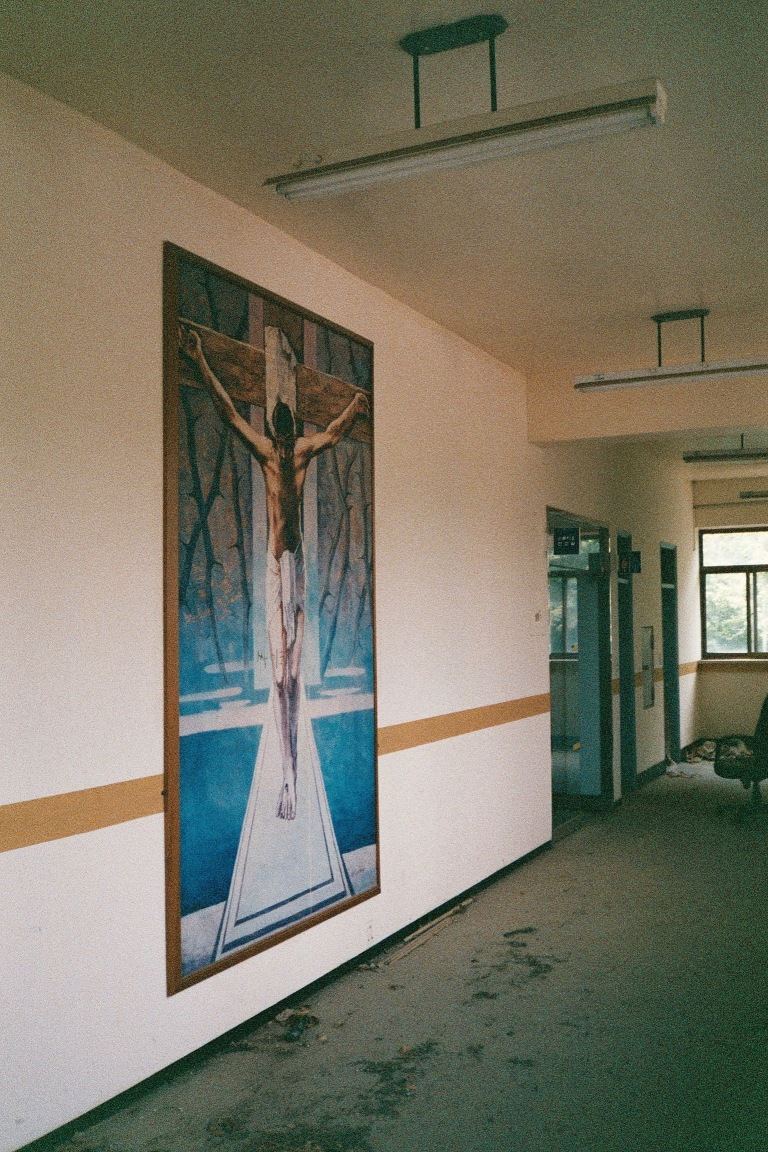 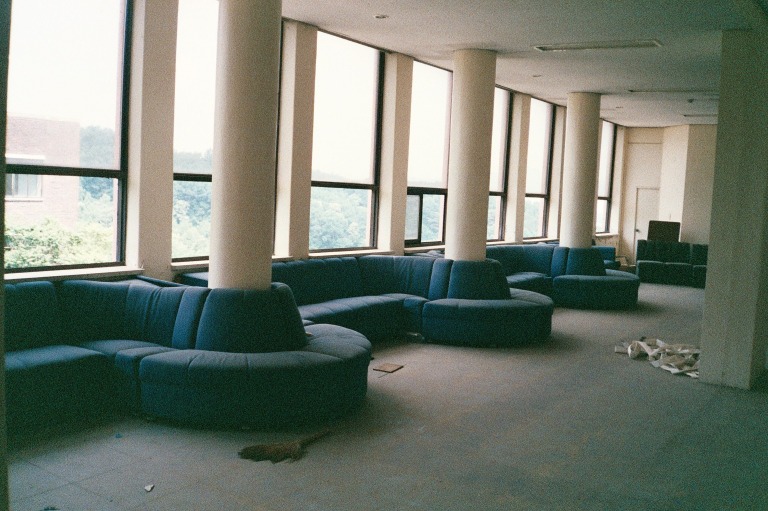 The last building we explored was the dormitory. The housing was bleak. Minimal furnished and not equipped to handle Korean winters, the housing option seemed like something out of the military, used to toughen up the students. We didn’t explore every room, but we seemed to have explored where all the foreign students boarded. The names of Mongolian students were on the doors, Cyrillic graffiti scribbled on the walls in pencil. 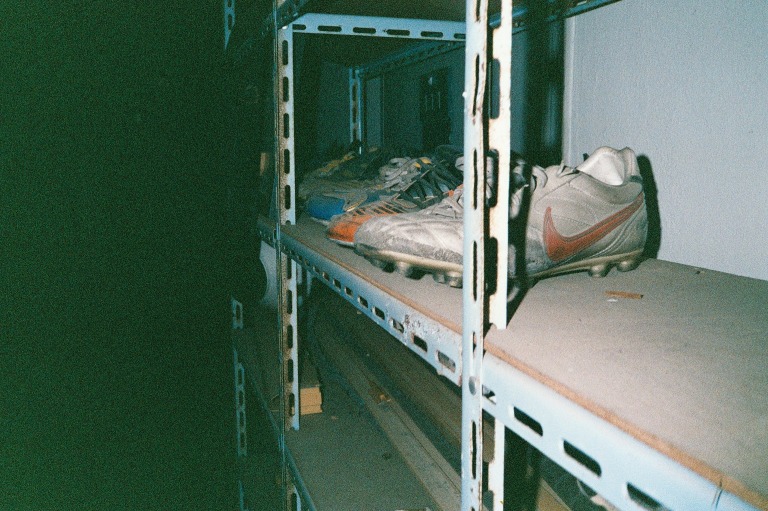 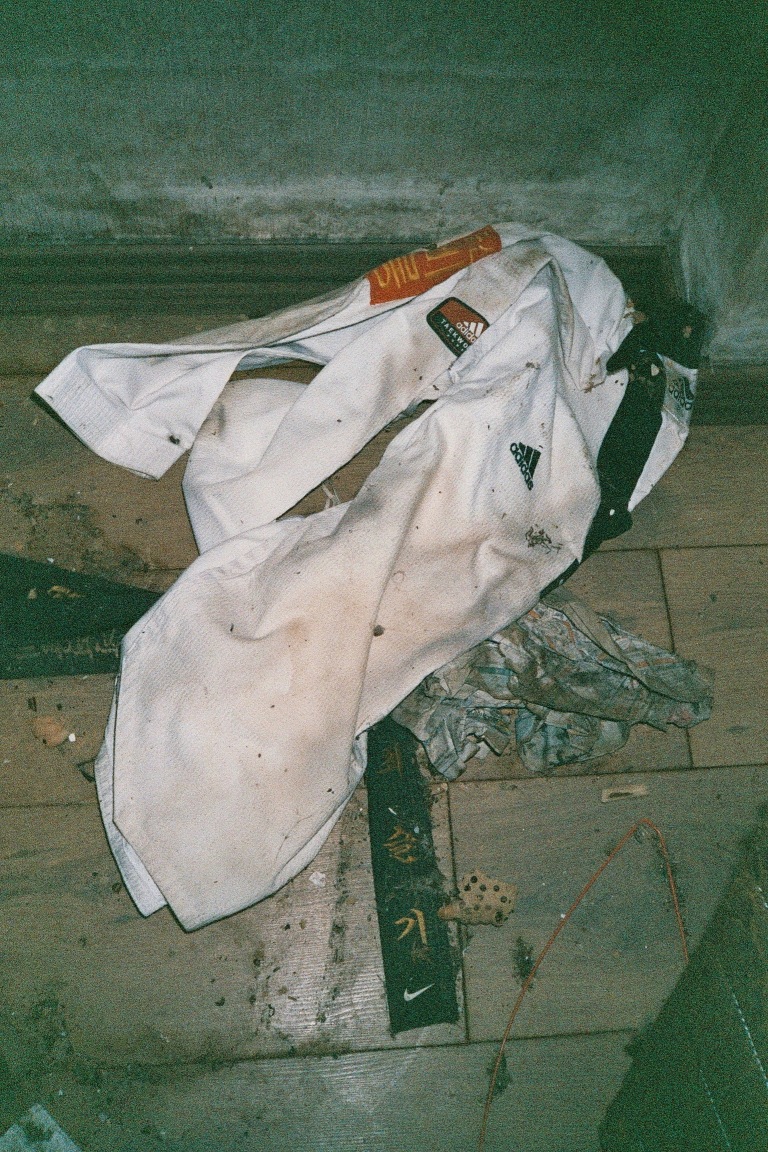 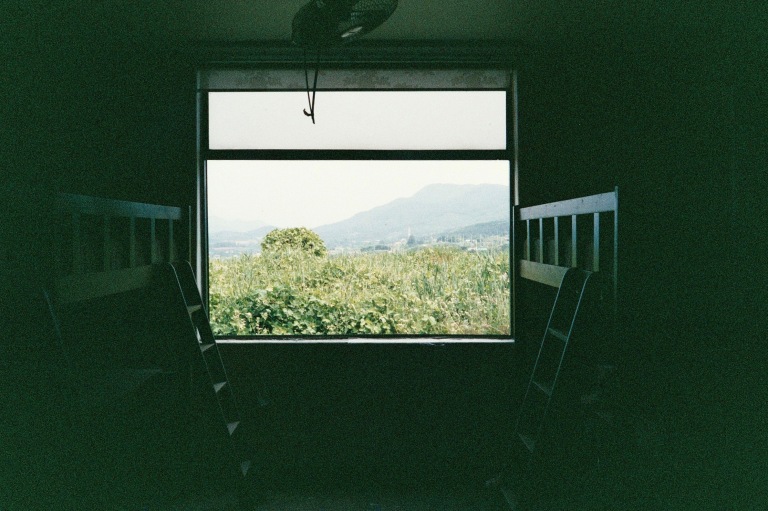 The school is an exciting place to visit. If you are in the area and have a car, it would be time well spent. It’s not a drop-everything-you-are-doing place but yields some fascinating discoveries. However, my next post will be about one of those drop-everything locations to see. Oh, it’s a huge discovery. We spent the entire weekend exploring the site, and it has to be (in my opinion) an all-time urbex find here in Korea!