I pick up our story on the upper levels of the first building at Fire Extinguisher U we entered that bright, surprisingly warm day on the southwest coast of Korea.  Here’s an art studio with student’s drawings and on the chairs, stacks of term papers/tests over the years. 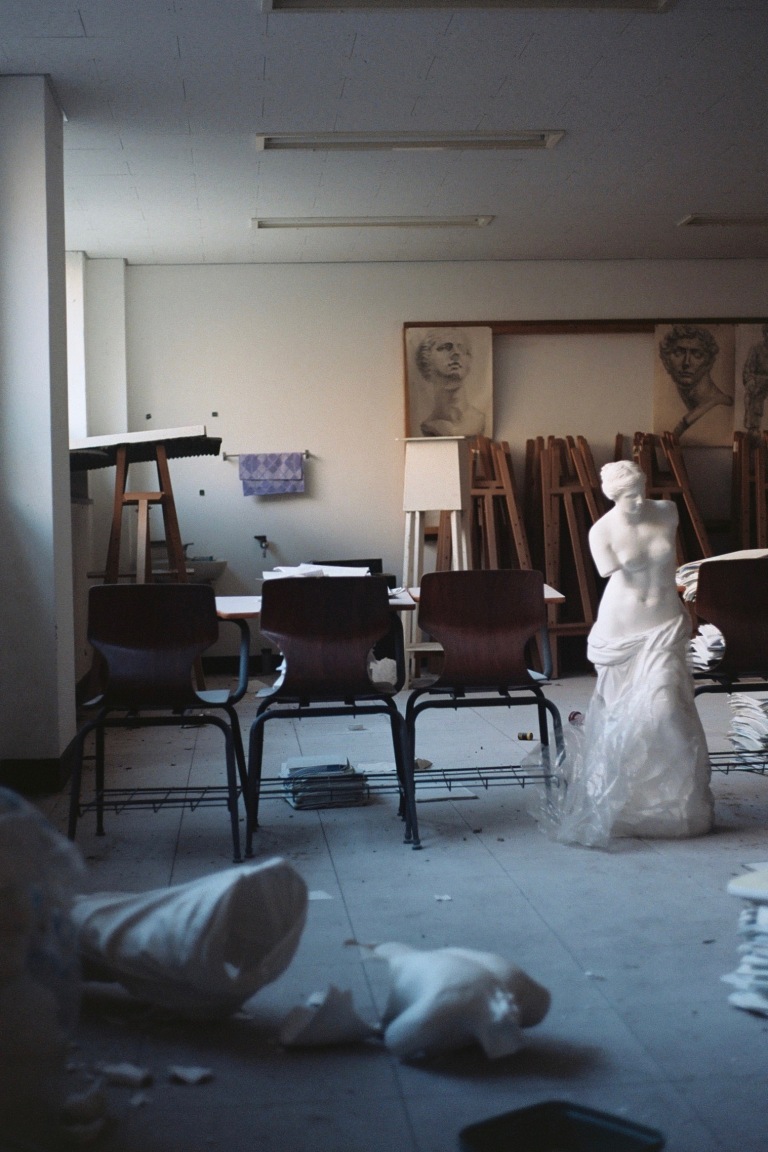 Further on we come across the music department. I don’t know what the urbex record is for most abandoned pianos, but our location should be included in the discussion. I stopped taking pictures of pianos because there were lots of fascinating cultural artifacts, but first, the eighty-eights: 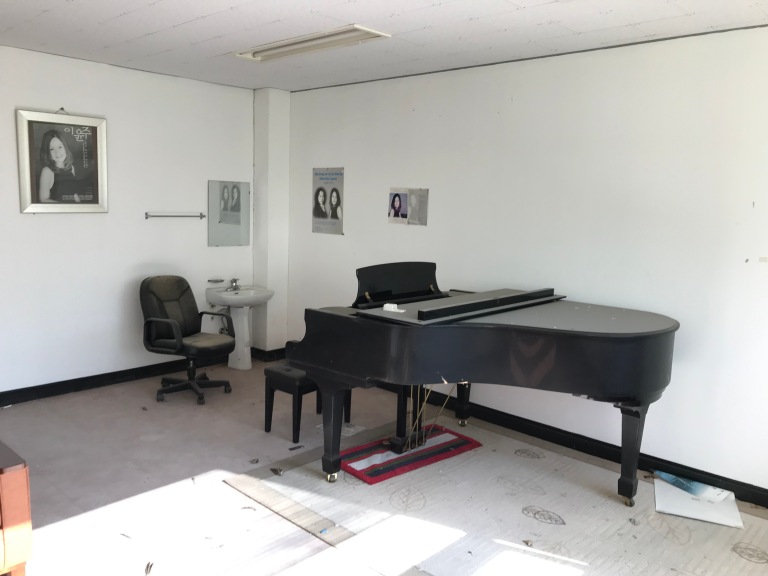 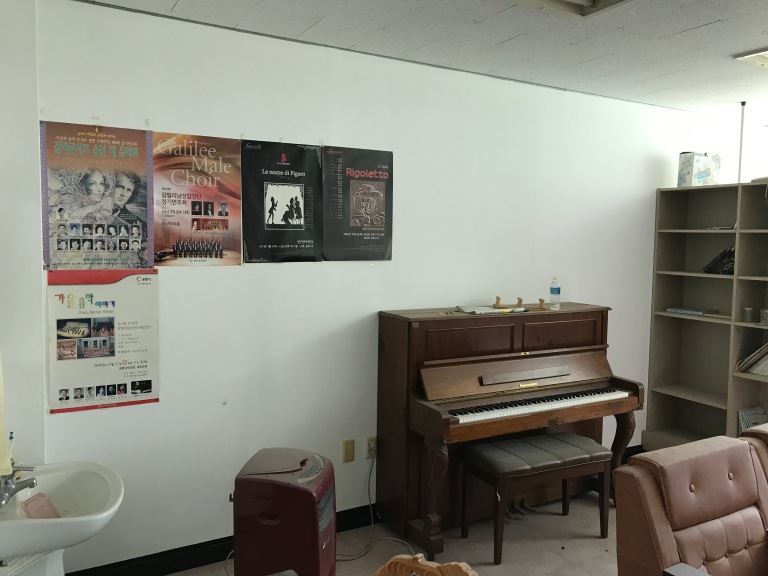 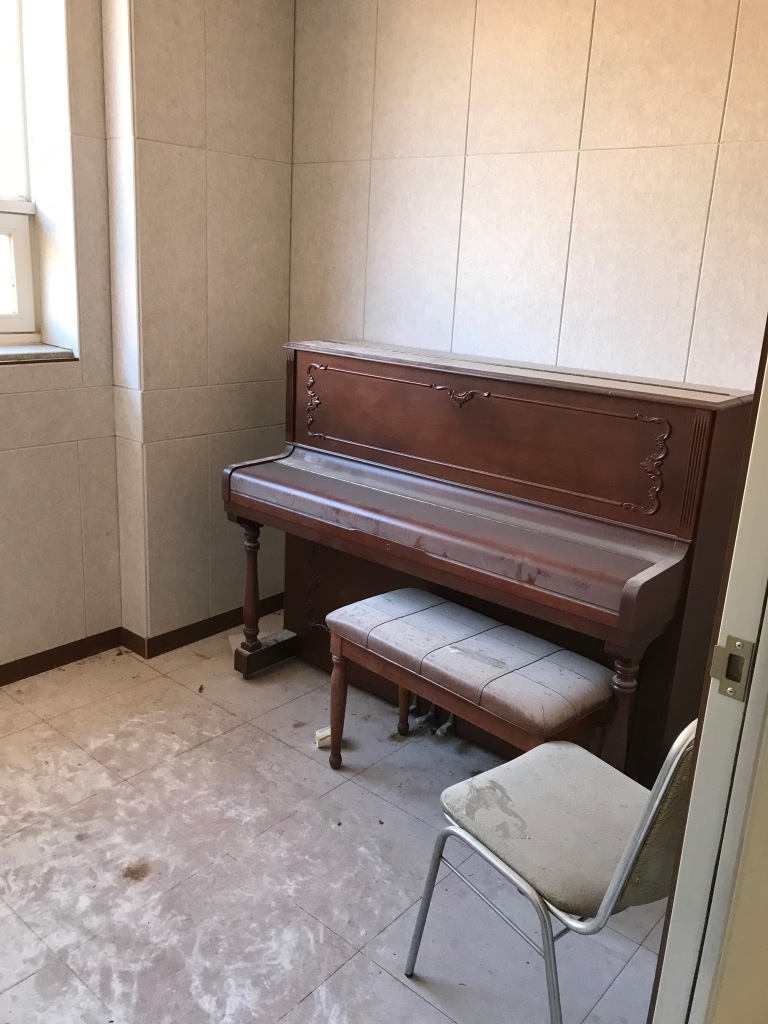 We even chanced upon a gayageum (a traditional Korean string instrument) that had clearly seen better days.

As well as a haegeum (traditional Korean fiddle-like string instrument) destroyed by some simpletons.

In one professor’s office was a massive collection of CDs and tapes of traditional music. Here are a few I took a picture of, I could have spent more time looking at this collection alone! 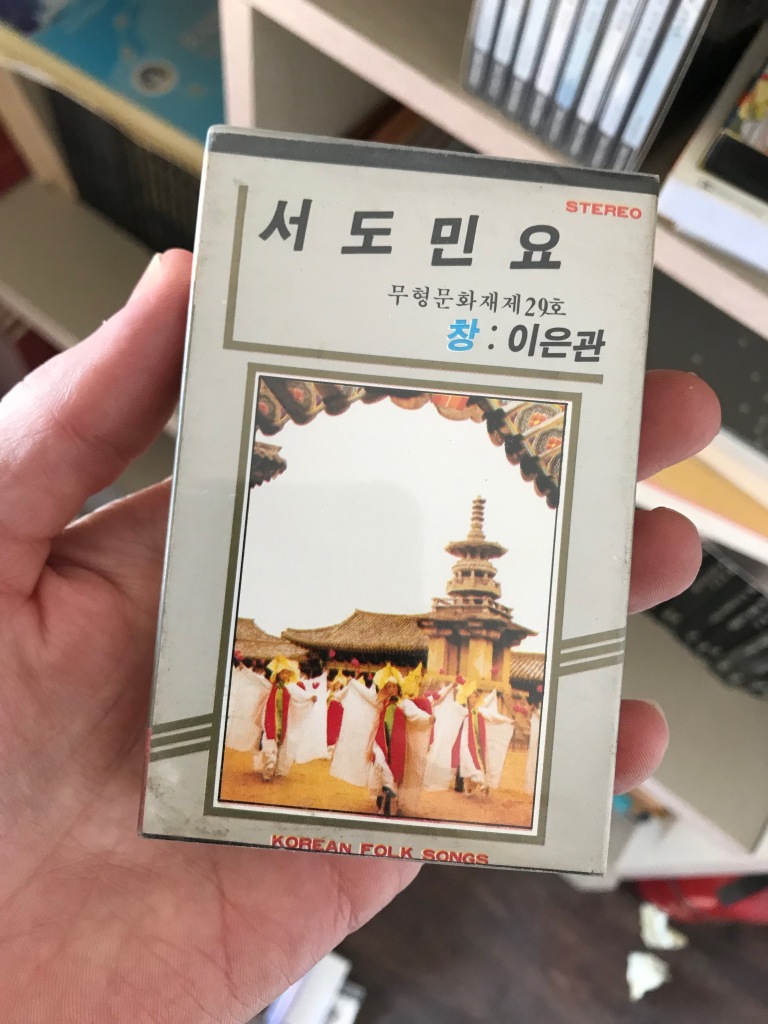 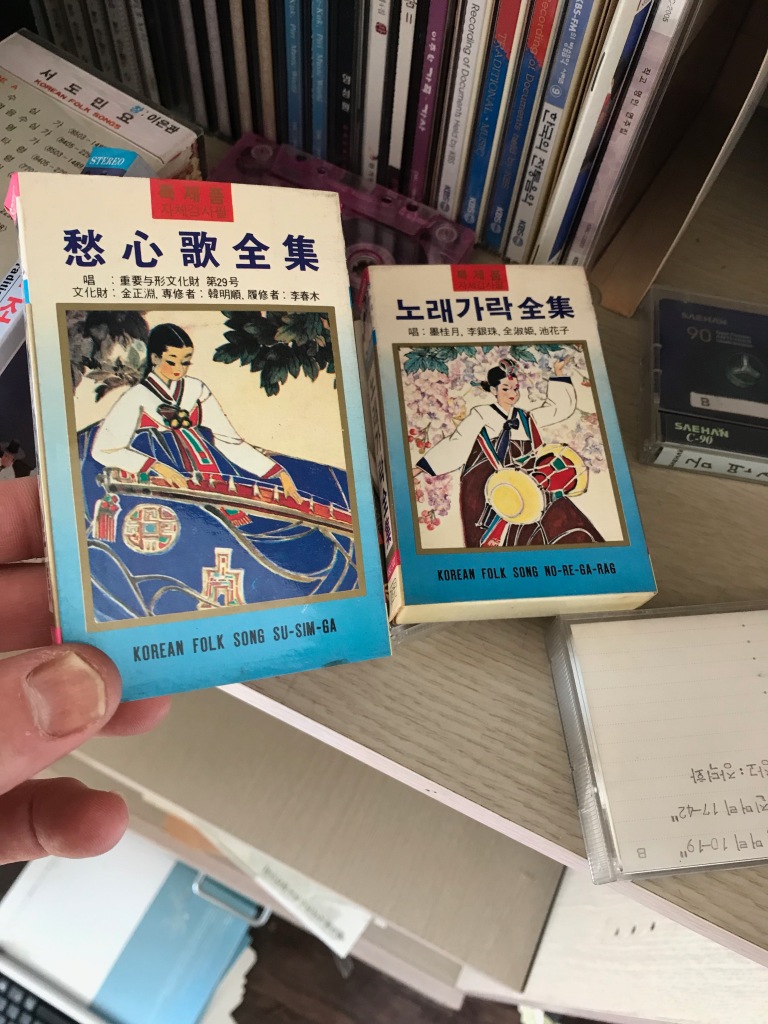 Ah, so many beautiful art covers, so little time to stay. We had to move on. We traversed up the hill and found the university library. Quite small to say the least. The entire collection was on the first floor, the upper levels were quiet study areas.  Our first infiltration with a selection of tomes still intact, well sorta. 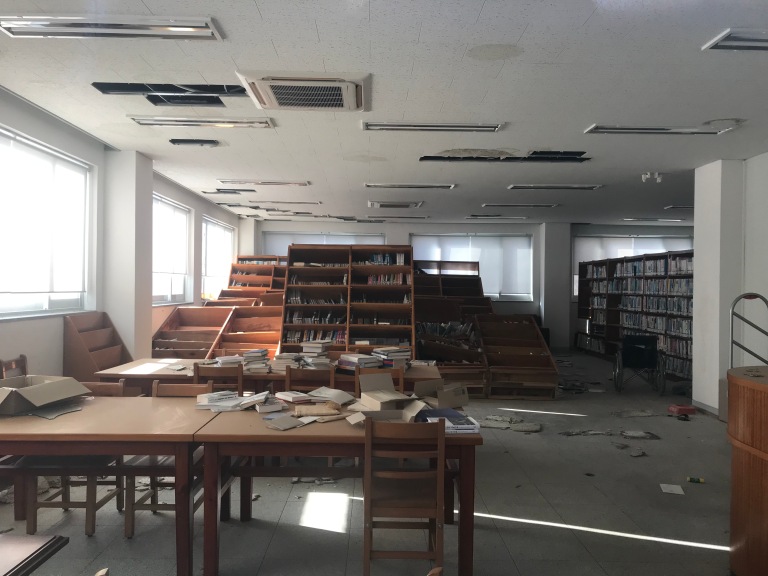 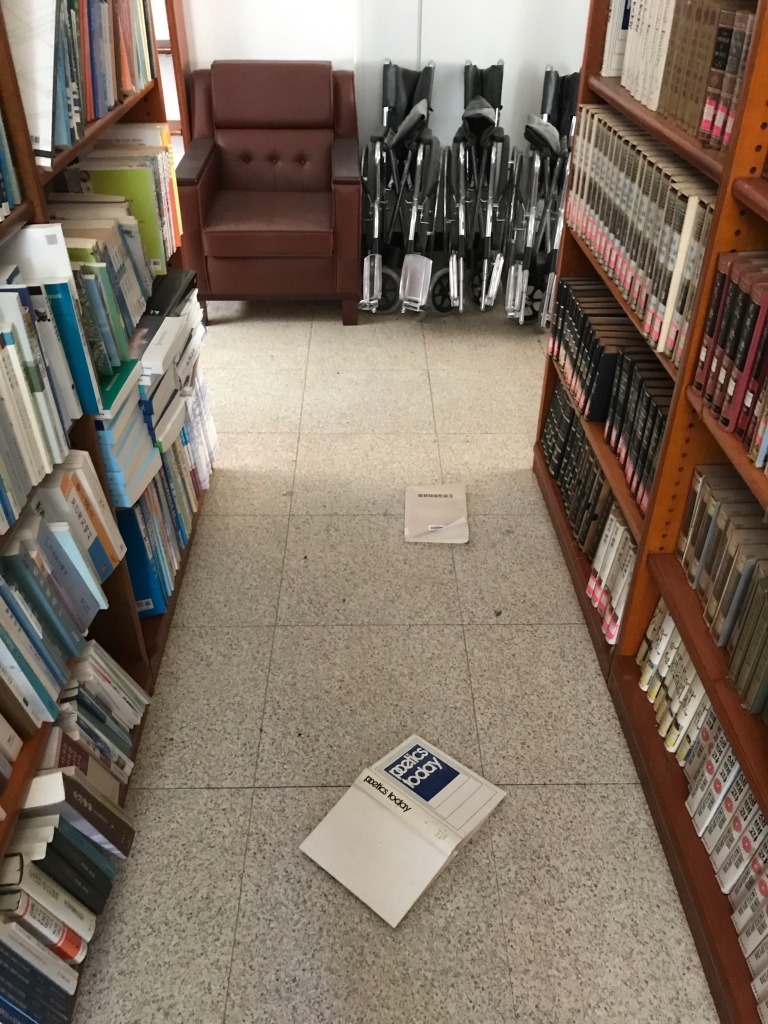 Continuing up the hill, we explored another academic building with a few highlights, but nothing worth reporting here, as well as a small dormitory. The living quarters were the only building we were not able to gain access. This place is worth another visit. Having access to a car, it’s possible to make a day of it by, first hitting up the abandoned airplane and proceeding to these former grounds of higher education.