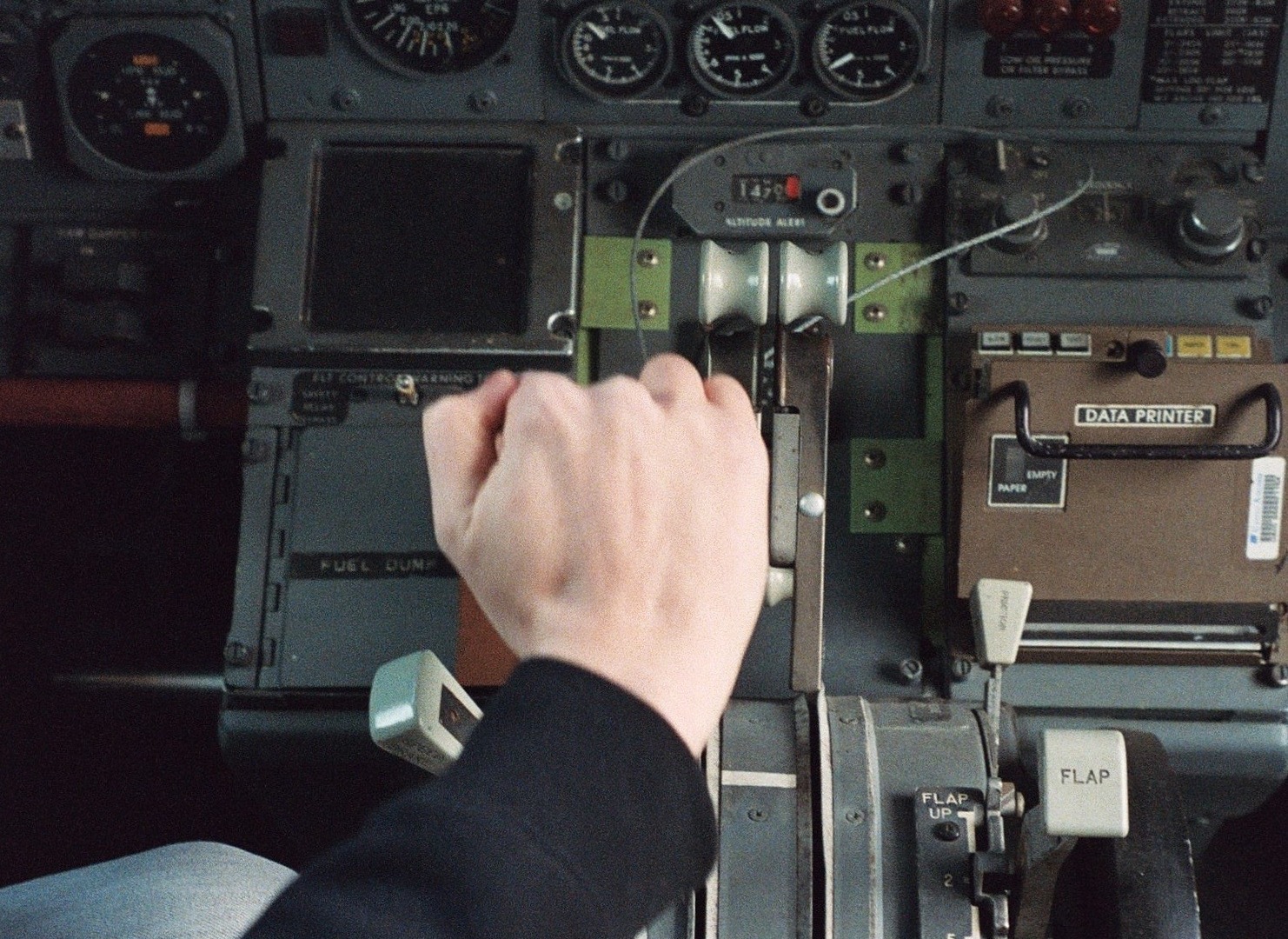 I feel overwhelmed by the surplus of pictures. Too many exciting explorations over the last couple of months that I lost count. I’ll just begin at the beginning of our recent hot streak. This was at least a month and a half ago. Throughout the two weekends, my friend and I thoroughly explored two abandoned universities. Talk about great fortune! There are quite a few abandoned universities in Korea, but the ability to get inside is never assured. This summer we went to one campus where every building was locked up except the gym. However, it wasn’t all for naught. The highlight was running into this kendo stick-wielding weirdo. 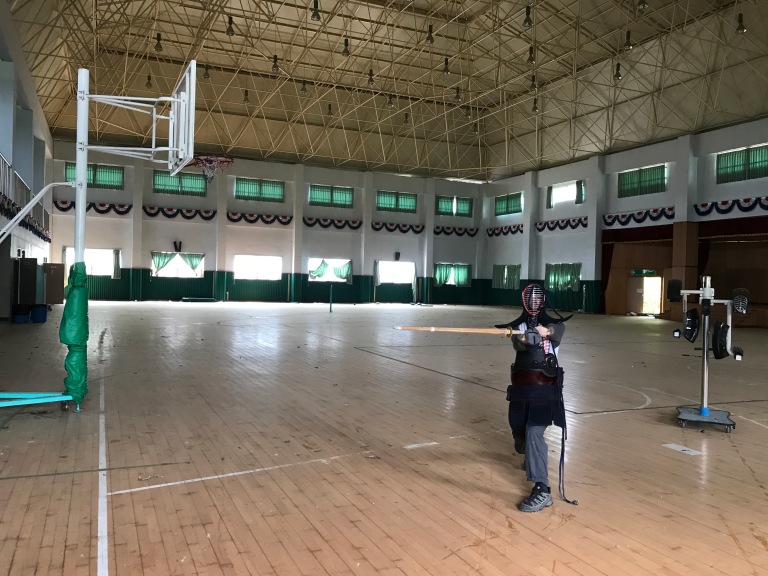 Now, imagine finding a fully furnished airplane rusting away on an abandoned university campus. Cynical thoughts immediately came to mind. I didn’t want to set myself up for disappointment. If we couldn’t get in, I didn’t want it to cloud the rest of the day. We had just arrived on the campus, and the plane greeted us before a majestic mountain. 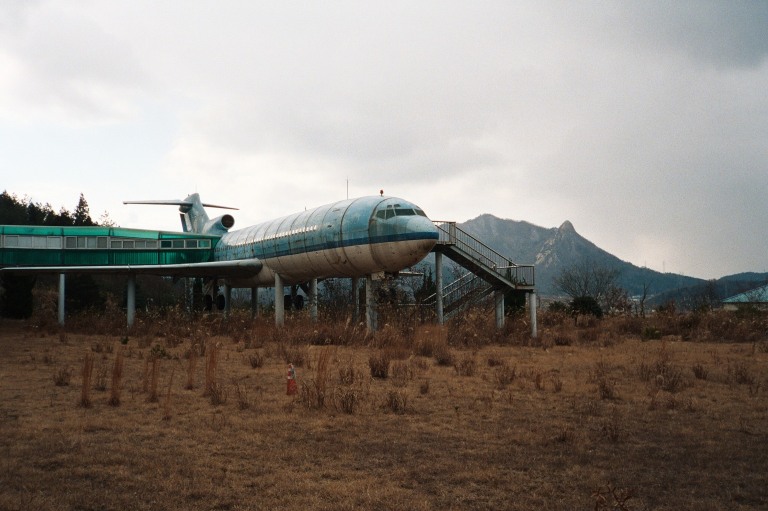 After giving the aircraft a walk around, we found a way in. I will say it again but never leave a place unchecked. You have to exhaust all options.  I won’t tell you how we got in, but it was undoubtedly one of the most urbex ways I have ever got into a place. This is what we saw once we regained composure. 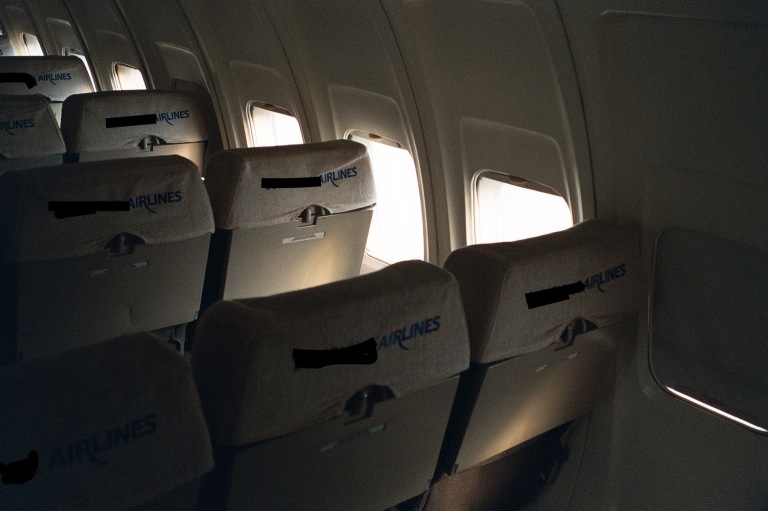 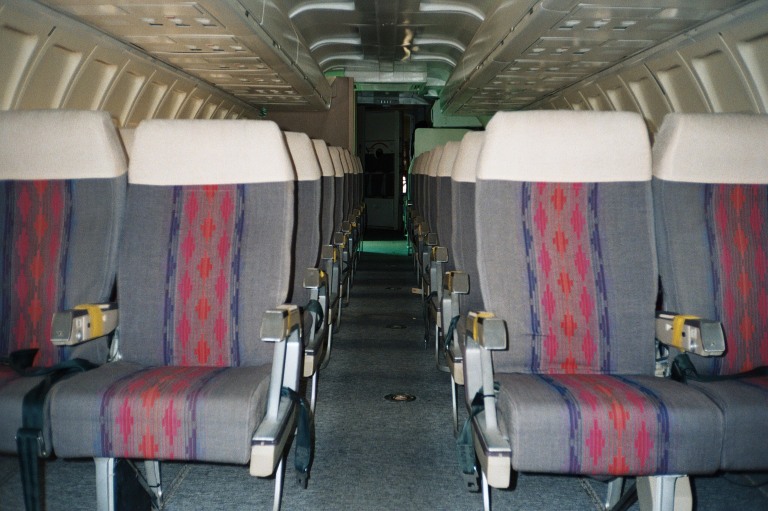 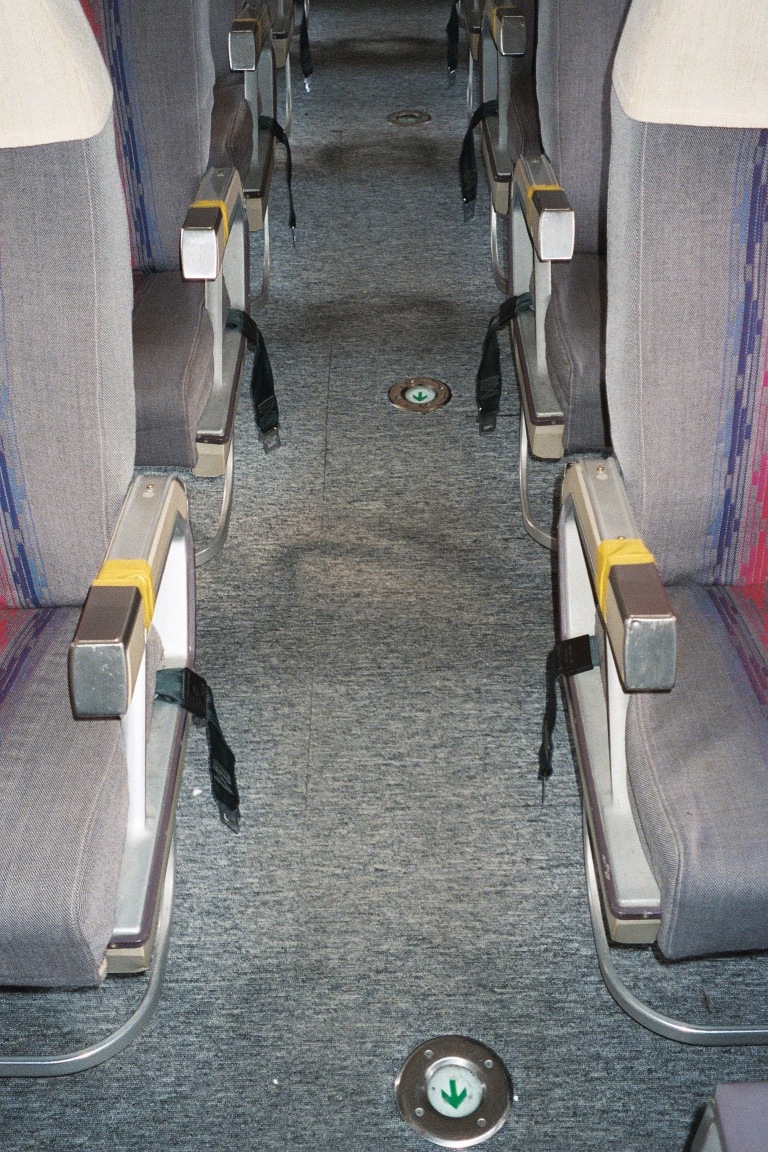 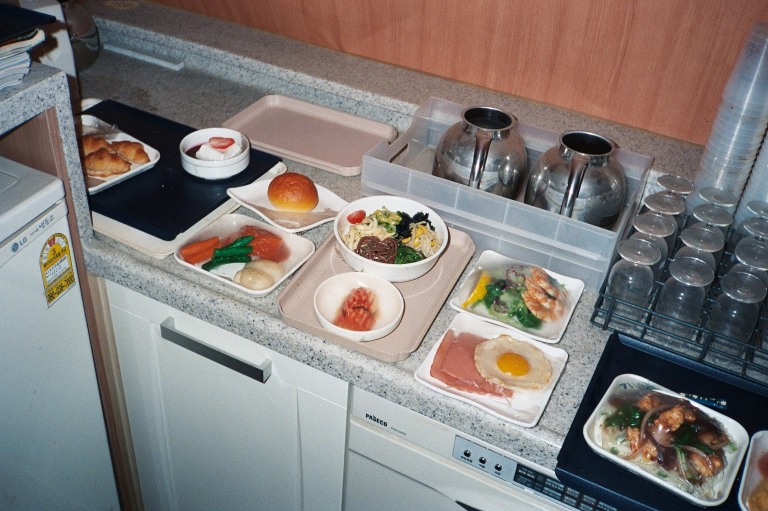 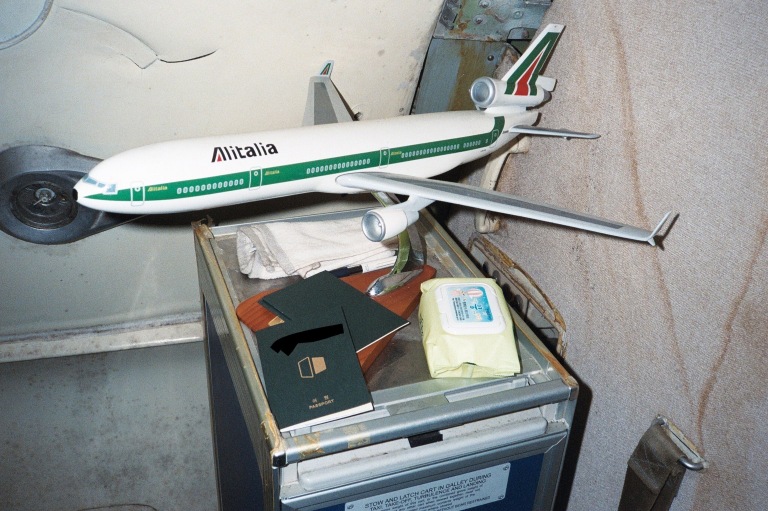 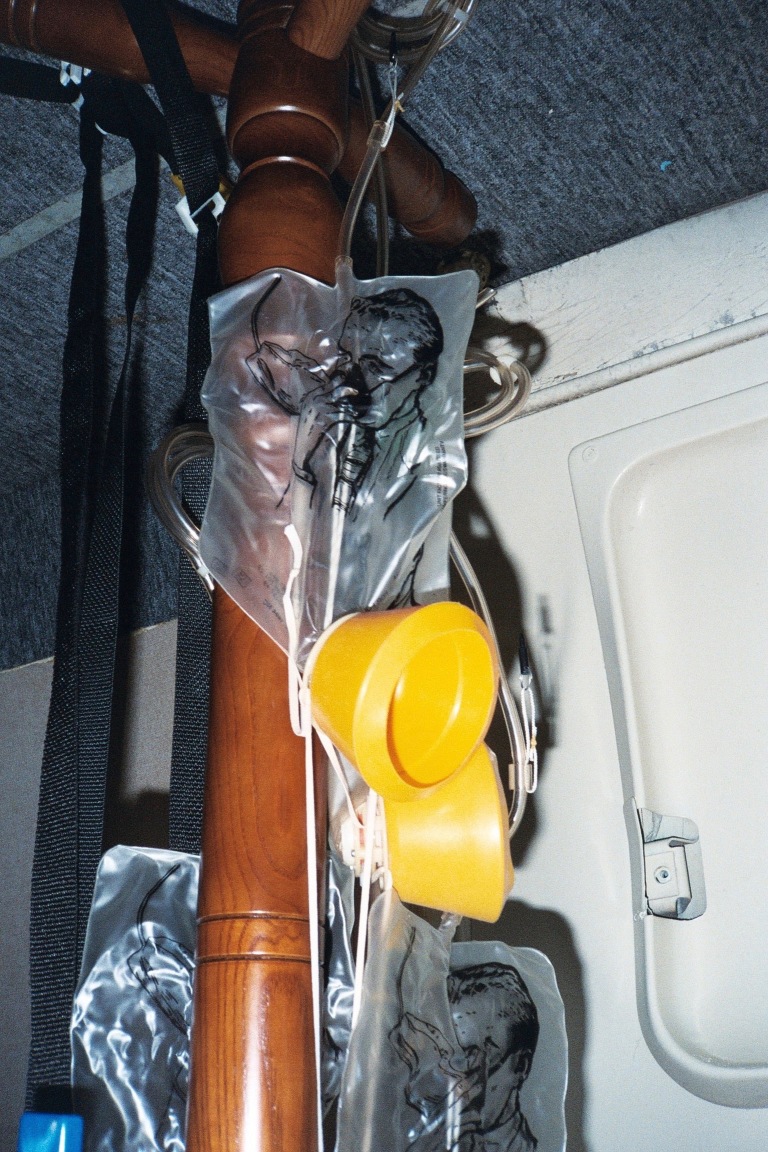 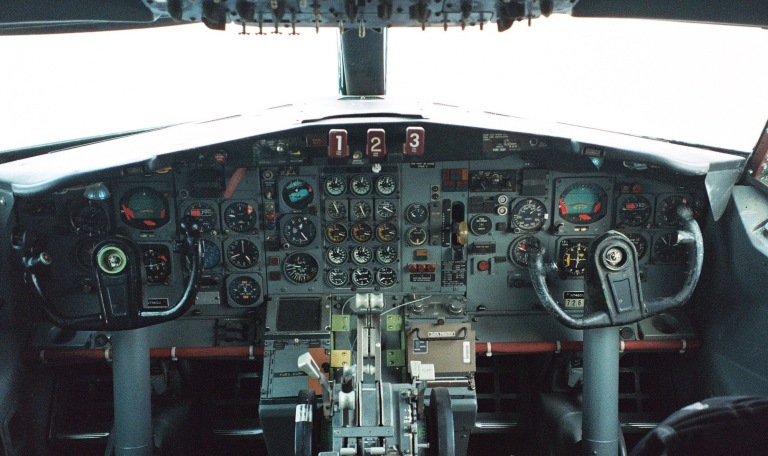 From what we could gather this decommissioned airplane became a classroom for aspiring flight attendants when the university was open. After the university closed, the jet and the gym got a second chance at life as an aviation school for kids. The edutainment company seemed to host school field trips and put on summer camps. 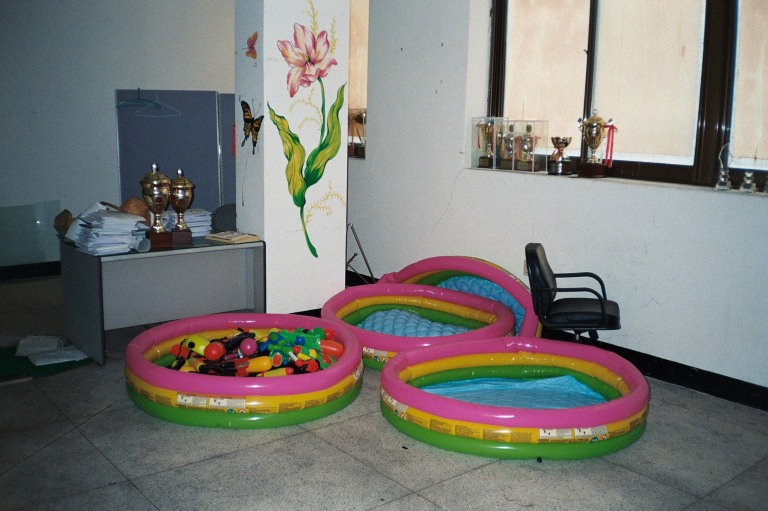 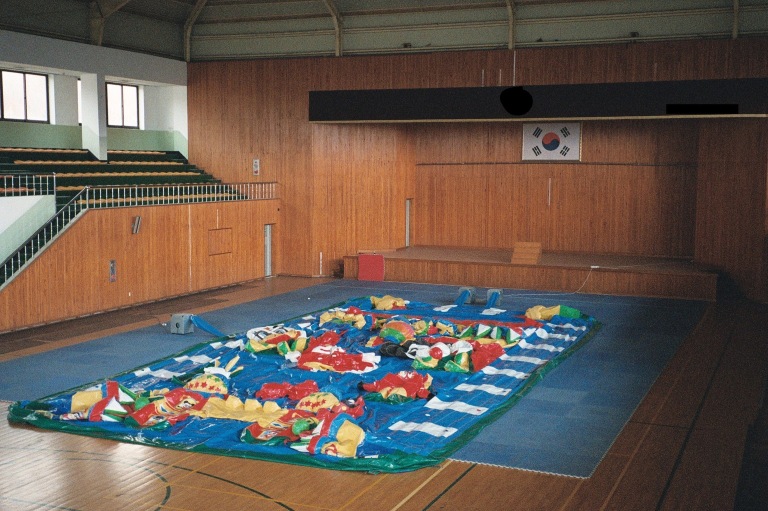 This place was used recently. A look at one of the green passports given to students at the aviation school showed that a group of students had visited at the end of September of 2018. Was the place just closed for the winter? That wouldn’t make sense as many children are out of school for winter vacation. If it was still functioning, there should have been children there at the time roleplaying in an airplane or flying drones. It looks like we had made it there shortly after it’s demise. But who knows, the place might be repurposed once again. So, I recommend anyone coming to visit, do it with some haste.

3 Replies to “Flying the Friendly Skies”