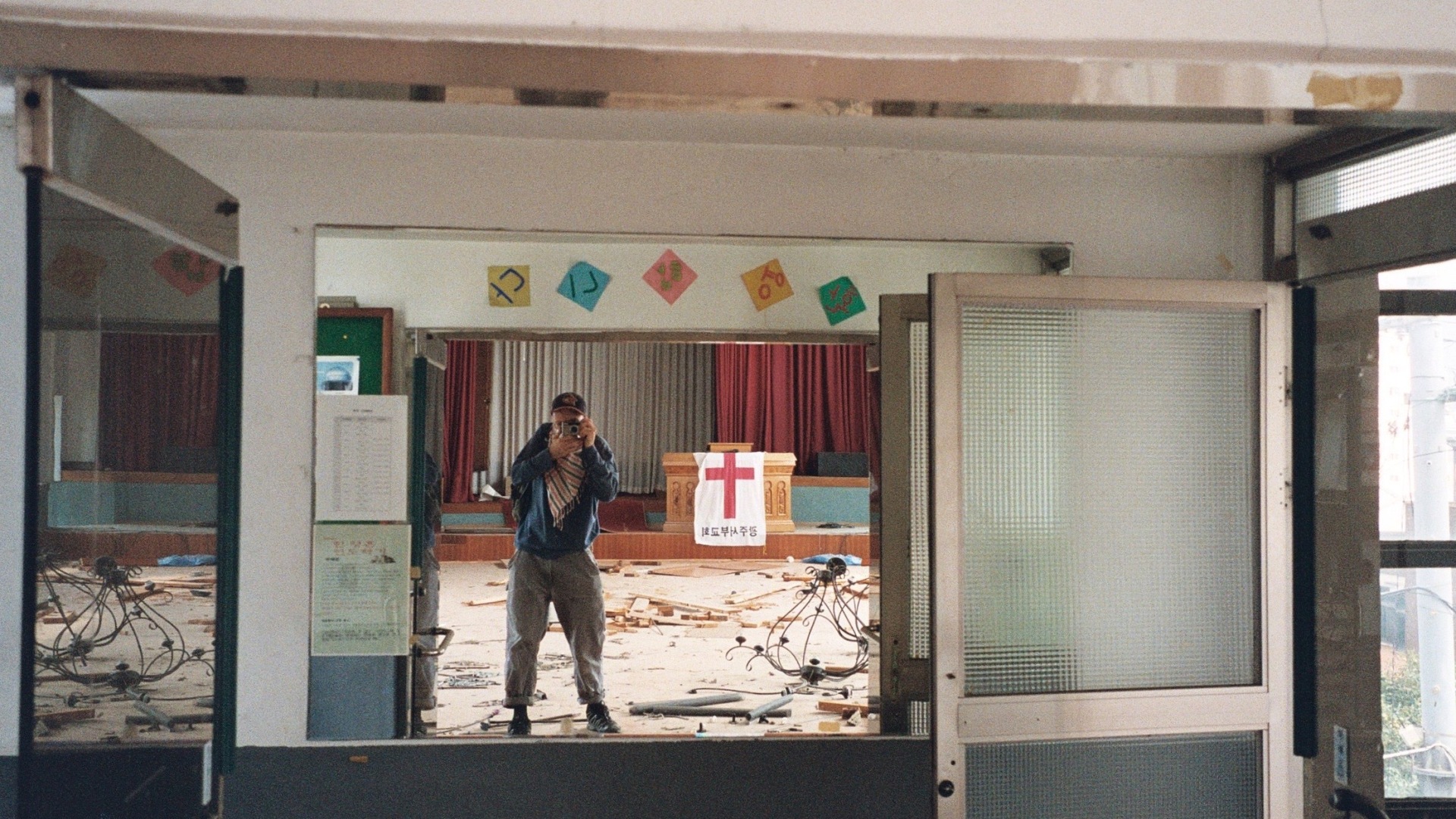 Long time no see! I’m sorry for the long gap between posts. Ideally, I wanted to post weekly for an entire year. I had a pretty good streak for a while, but inevitably life does get busy. I went to Hong Kong with my girlfriend, went on plenty of adventures, documented said experiences, got lots of negatives developed and worked with the kiddos to earn end’s meet.  It all blurs together, though. I didn’t mean I forgot about you. It was killing me I couldn’t post about the cool stuff I saw and experienced.

Niall Ferguson and I unexpectedly came across three places of worship on the same day a few weekends back in our town. Please join us on our multi-spiritual urbex journey! We’ll start at the local Seventh Day Adventist Church. Some basic internet sleuthing has uncovered that this church moved to a new building in spring 2010. So, for eight years and some change, this sacred spot has laid dormant.

Anyone vaguely familiar with the Christian sect of Seventh Day Adventistism knows followers go to church on Saturdays and are vegetarian.  Their vegetarian beliefs have saved me from starving from time-to-time. In Seoul and in Gwangju, I have come across tasty vegetarian buffets where I can indulge in animal-free, Korean style cuisine.  On the Sundays that I do pay the 10,000 won to eat-as-much-as-humanly-possible, I wonder how many of the other customers once worshipped in this space.

We entered through the kitchen, surprised by the hum of the refrigerator. I didn’t check to see if there were any vegetarian goodies to snack on. Around the corner was a front hall filled with books and various construction tools. At this point, we were kinda a freaked out as some construction firm might be using this building as a base of operations. It got even more freaky when we found this:

To the best of our knowledge, someone at some point in time did squat in this building. It was a man by the looks of the clothes we saw in the drawers. We pressed our luck. Coming back a second time. Again we didn’t come across the squatter. After some viewing of books, Niall and I continued up the stairs.

Maneuvering past tools and work gear piled on the stairs, we entered the main hall. Calenders stopped at the year 2010. Informational flyers stating people’s responsibilities each Saturday service were taped to the mirror on the second floor. Niall and I came to the main room where services were held. None of the pews survived, or maybe they were moved upstairs? Besides the bath for baptisms, the most exciting artifacts found were inside the podium. Little notes tied up in origami shapes were written by worshippers stating their hopes and dreams for themselves and the church in 2010.

On the third floor were extra seats for followers, possibly for those arriving late for services. We found a tape duplicator on its side, at one point used to duplicate tapes for disseminating the Lord’s word.

Next post will document our adventures into not one, but two(!) former shaman spaces. Hope you enjoyed this trip along the Adventist path. Look forward to seeing you back here!