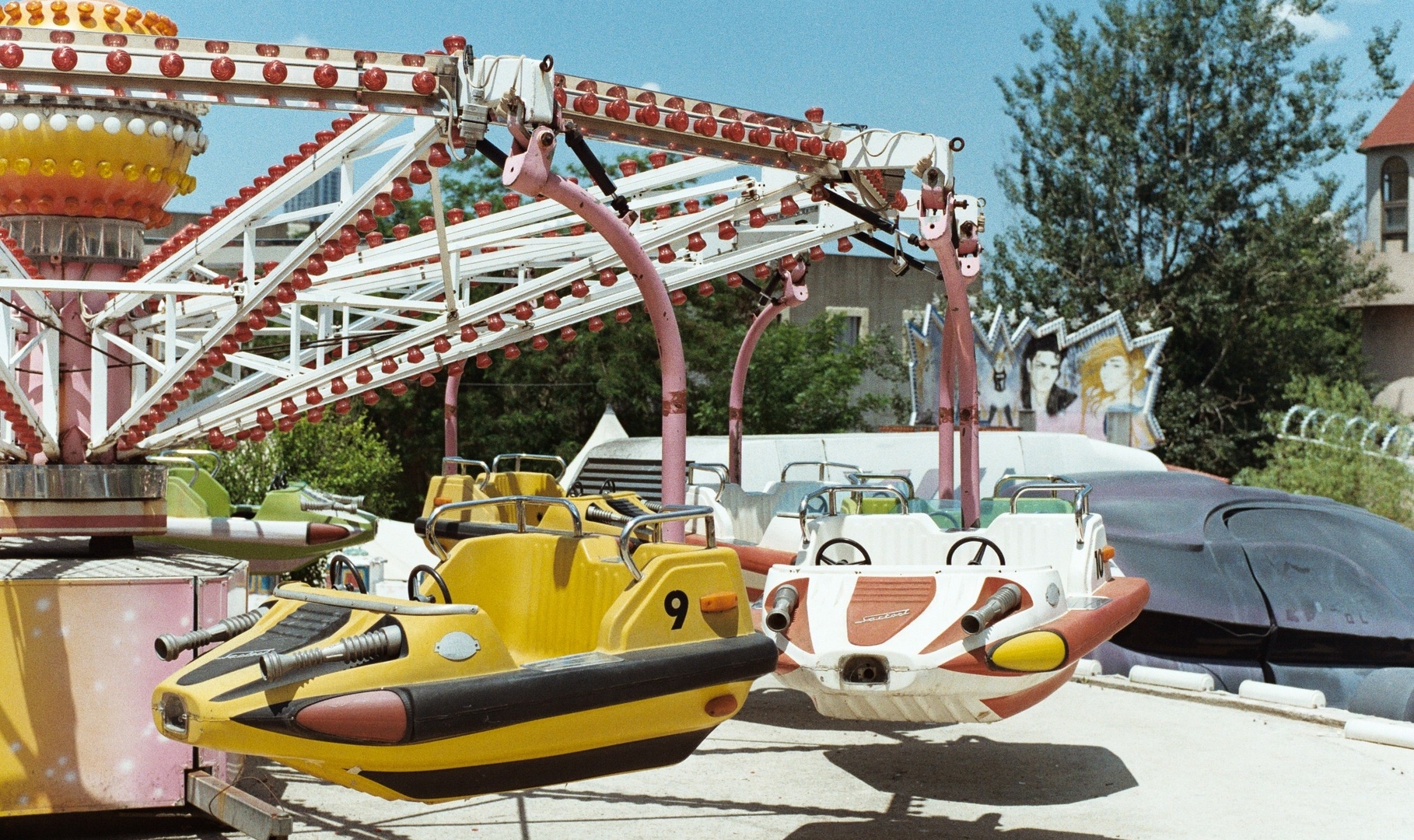 Yongma Land is a fascinating place. It has taken on many incarnations. For its first three decades, it was a small amusement park nestled in the hills near Yongmasan in Northern Seoul. After Lotte World was built in 1989, interest in the modest park declined led to its closing in 2011. It had been left to the elements, which attracted another segment of the population, mostly young people interested in decaying urban places. Music groups, including a K-pop group, shot music videos in the park, generating more interest for Yongma Land. At some point, the owners sensed an opportunity and offered admission into the park for the low price of  5,000 won.  Now students, engaged couples, and tourists visit regularly to soak in the novelty of the scene.

I’m reminded of another abandoned place that has become a tourist destination amongst non-urban explorers. On the man-made hill outside of Berlin, Germany sits a former NSA spy station, also known as Field Station Berlin. During the cold war, US agents would listen in to the Communist East side of Berlin. After the Cold War and despite numerous attempts to redevelop the area, the place has been reclaimed by artists that charge an eight euro entrance fee for the loosest sense of a tour.

Field Station Berlin is definitely worth a further investigation, but let me return back to Yongma Land. I want to show you the pictures I took from my two visits there over a year ago. Yongma Land had always been last on my list when it came to explorations due to its popularity. Seeing it as an opportunity to practice shooting my new Leica SLR camera and even new Nishika N8000 3-D film camera, I made the trek up Yongmasan two consecutive weekends to practice taking photos. The first weekend was a solo scouting mission where I took pictures of the park itself., On the other weekend, I went with friends to practice shooting portraits. Here are some shots from a person still trying to get comfortable using a camera. These shots are from a Leica R4S with Kodak Color Plus 200 film. 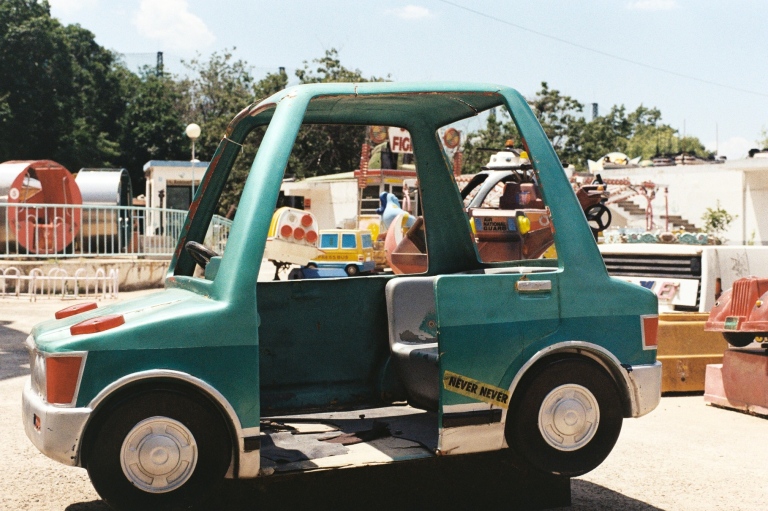 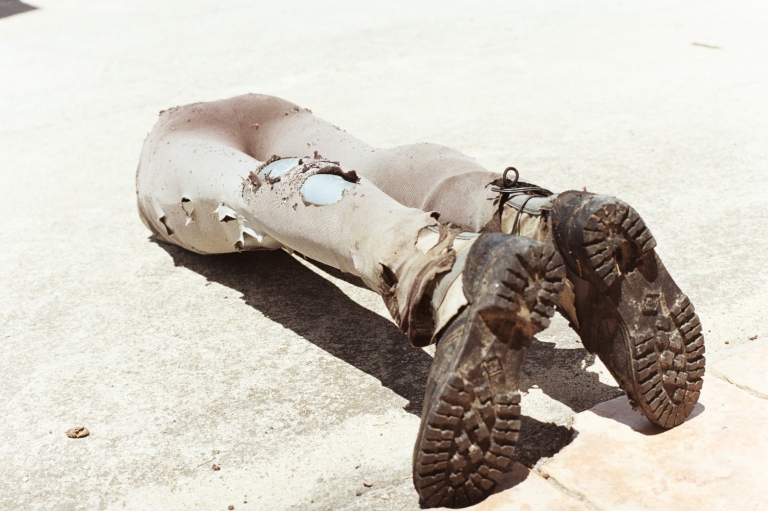 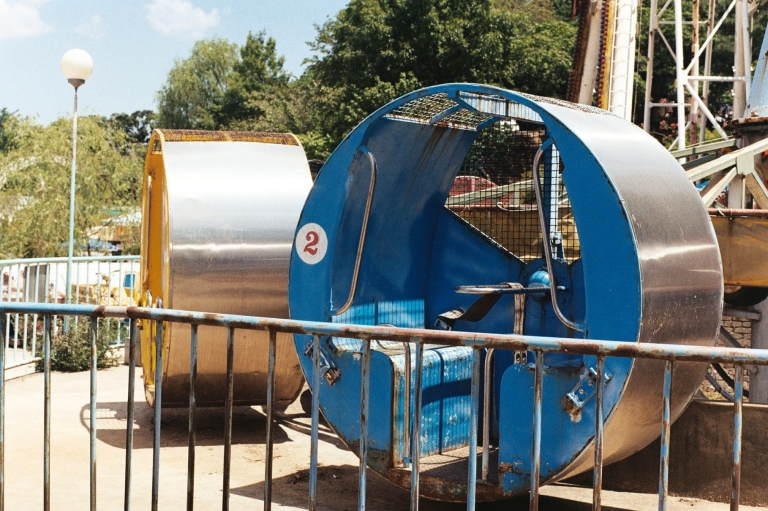 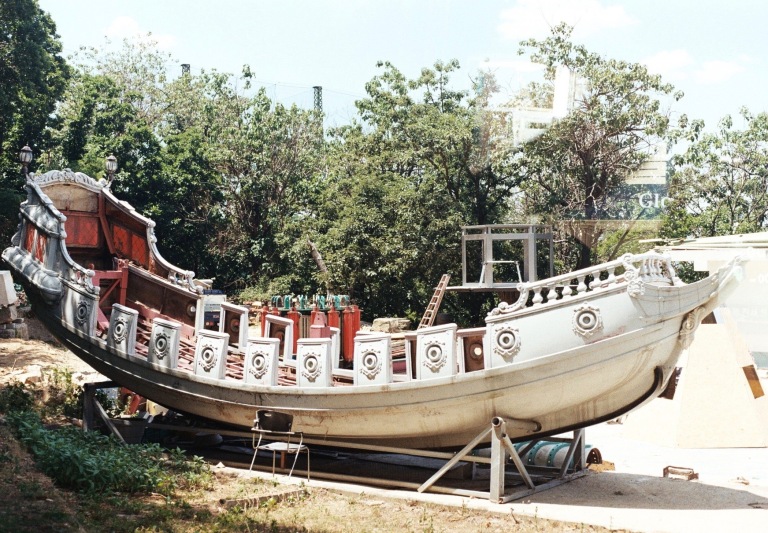 Now for a panorama: 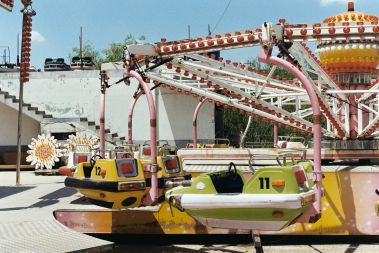 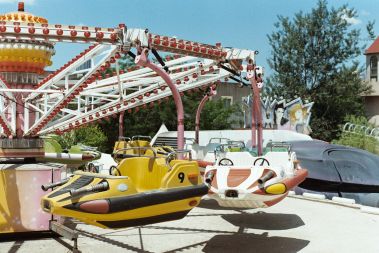 After buying that Leica R4S, I became a bit camera crazy. While at Dongmyo Flea Market, I came across this plastic, chunky monstrosity: 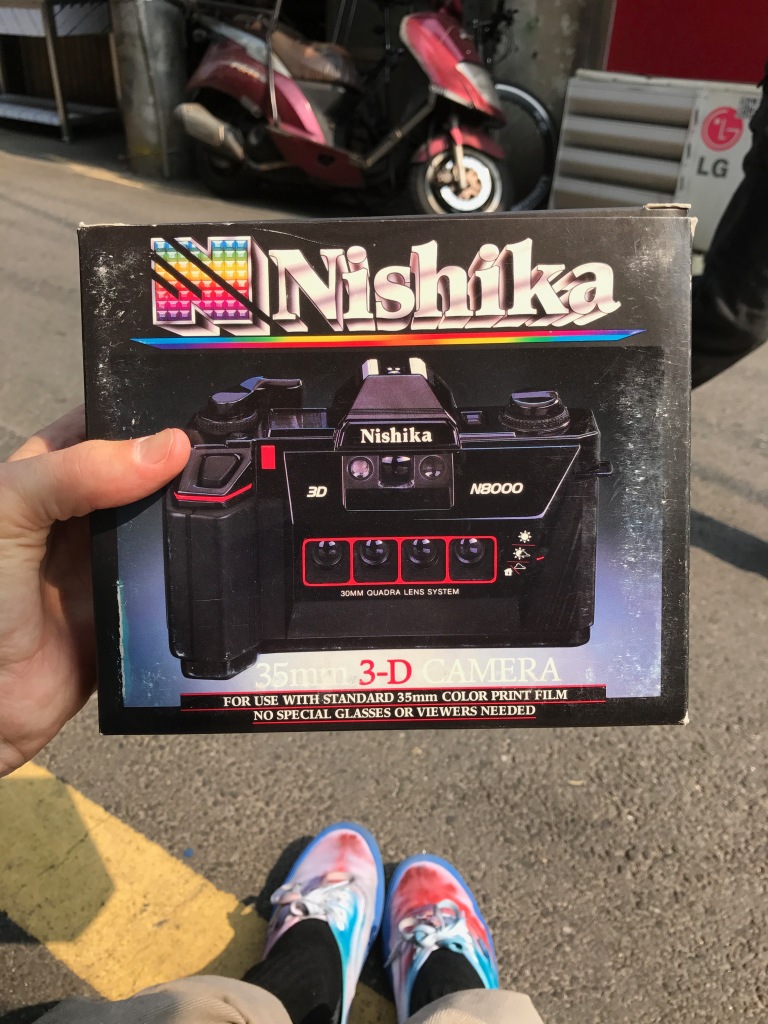 There was a pile of these, still in their wrapping and boxes on an ajeossi’s cart. The Nishika was priced for about 10,000 won, a good deal for any analog camera. If it had been anything more than 10,000, I would have passed. As I write this, I look at the eBay prices for these cameras, I’m astounded that people are selling these cameras for between $71-$400 US dollars. This camera takes four pictures simultaneously.  If you use photoshop, you can layer the photos on top of each other to create a gif. Here is a sample photo you might get from the lab.

Some people love this camera, and maybe that’s why they will go on eBay to pay an absorbent amount to create gifs. I was never in love with this camera and sold it at a reasonable price to someone who would enjoy it. Anyways, here are some photos from a fun day with friends! 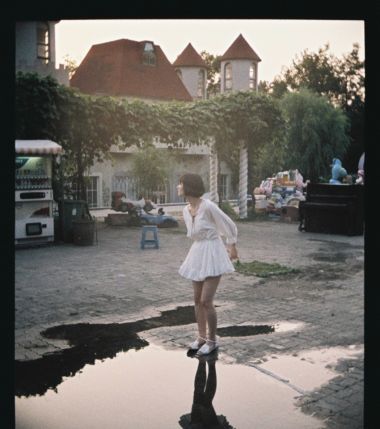 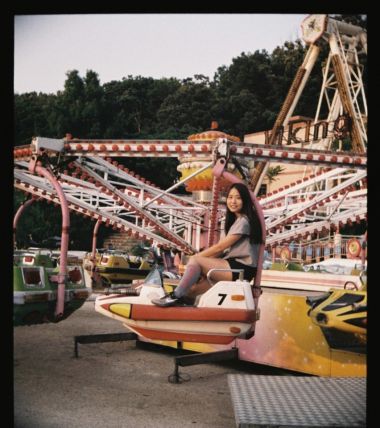 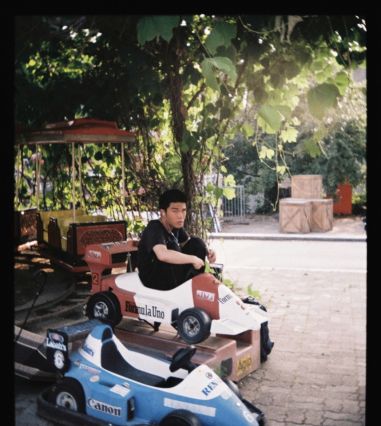 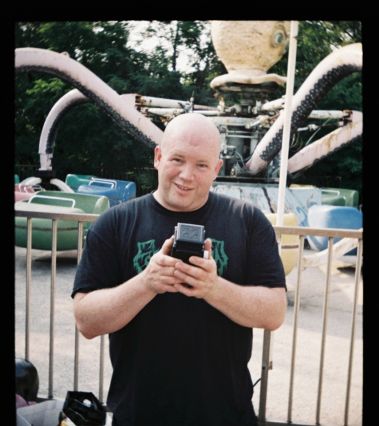 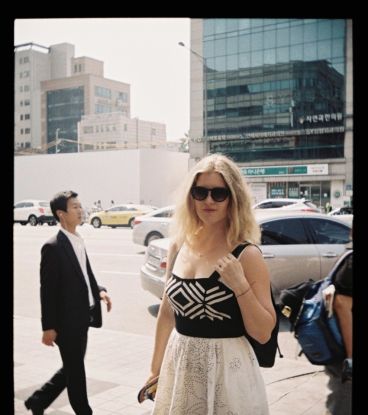 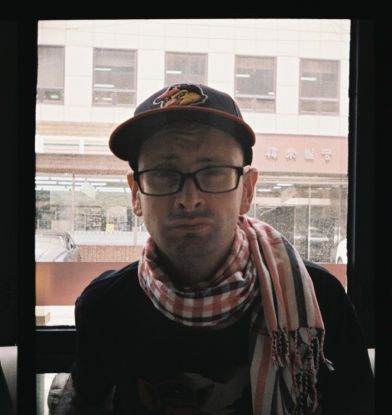 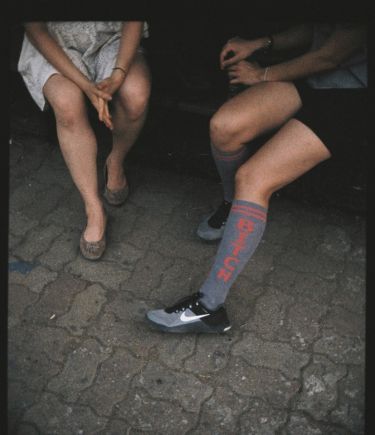 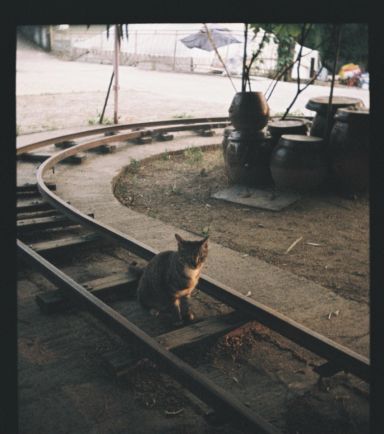 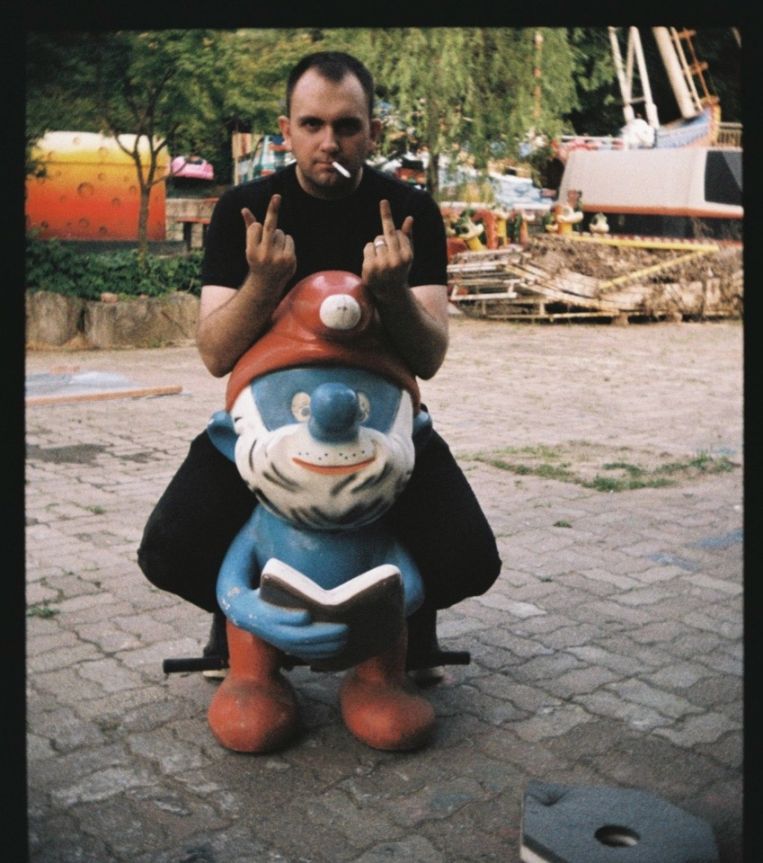